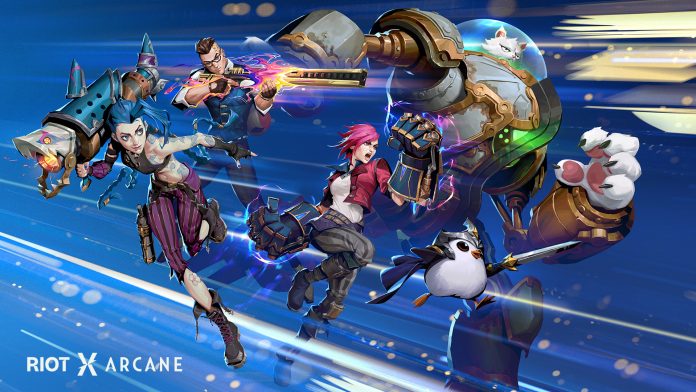 Today, game developer and publisher Riot Games announced the RiotX Arcane event, a month-long experience that will bring all of its products together to celebrate the launch of Riot’s first animated series, Arcane League of Legends. Players and fans will see in-person and digital cross-media events that evolve with each act of the show throughout the month, along with in-game activations across all of Riot’s titles. The RiotX Arcane event begins today, leading into a Super Weekend of events that feature the League of Legends World Championship and Arcane Premiere.

“With every new step we take, from launching new games to expanding our esports, we’ve always remained focused on bringing players exciting, resonant content that is authentic to the core League of Legends experience,” said Nicolo Laurent, CEO, Riot Games. “Today, there are more players enjoying our games worldwide than ever before, validating our confidence in the League of Legends IP as we  begin a new era with the launch of Arcane. Together with players, we want to establish gaming as the center of global entertainment.”

The month-long celebration will kick off with the League of Legends World Championship, which has debuted some of Riot’s most popular music and entertainment experiences. Blending the world of gaming, competition and entertainment, this year’s World Championship Show Open Presented by Mastercard will feature Grammy Award-winning artists Imagine Dragons alongside PVRIS, Bea Miller, JID, and Denzel Curry, who will take players and fans on an Arcane-themed journey through Piltover and Zaun, the dual-city setting for Arcane. The Show Open begins on Saturday, November 6 at 5:00AM PT and will be broadcast on lolesports.com, as well as YouTube and Twitch.

Later that same day, the RiotX Arcane Global Premiere will begin at 5:30PM PT, broadcast globally on Twitch (via the Riot Games channel and Twitch streamers’ channels) and Arcane.com. Taking place at Riot’s headquarters in Los Angeles, the global premiere event will feature an innovative red carpet for media and streamers representing over 30 countries around the world to broadcast the celebration to their global communities. Arcane is the first Netflix series to debut with co-streaming exclusively on Twitch, with content creators on the service able to broadcast themselves watching and reacting to episode one.

All of Riot’s games will launch new Arcane-themed product features and updates throughout the show release. Celebrating the event in their own unique ways, players will see the following updates throughout November, with more in store week-by-week as the show develops:

“To create an experience around the launch of Arcane, we started with our games, the origin of the IP,” said Sarah Schutz, Head of Riot Experience (XP), Riot Games. “We hope we’ve created an event that encourages players to celebrate Arcane in their own unique and meaningful ways, as a global community, in and around the games they love.”

Fans and players tuning in to the RiotX Arcane Global Premiere will receive the following Twitch Drops, in-game rewards given to people watching the event:

*Games set in the League of Legends Universe defined as League of Legends, League of Legends: Wild Rift, Legends of Runeterra, Teamfight Tactics and Fight for the Golden Spatula (licensed in China). MAU measured as global monthly active player accounts across these titles for the calendar month of October 2021. 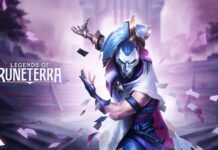