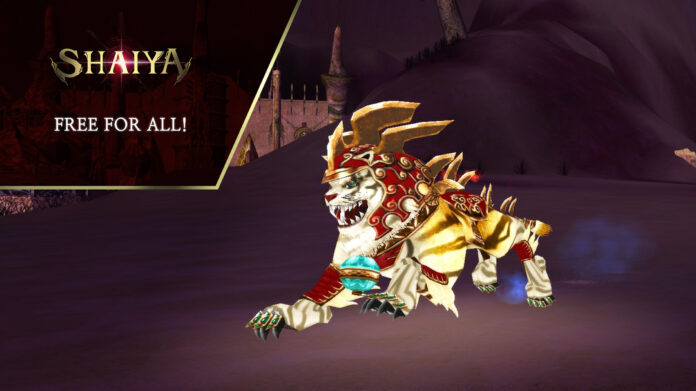 gamigo is excited to announce that players get another (endgame) opportunity to show their skill and prowess in a new way – a Free For All event is available starting today in fantasy MMORPG Shaiya.

Players who have always wanted to give a good cuff to their colleagues from the same faction will now get their chance! This new Free For All event will take place on a specific map at a specific time – players level 80 or higher can join either alone or in a party with one or two friends (who don’t deserve a cuff). During this event players will be able to take on all challengers, even players from the same faction! Are you ready, full of energy and prepared? Meet the gatekeeper who will transport you to the event map!

To gloriously ride into battle, players can now acquire the mighty Tiger mount that’s available in connection with the Year of the Tiger. Through this special mount a character can transform into a tiger and the beast’s mighty powers allow them to run at maximum speed. When opponents see the tiger’s battle armor and hear their mighty roar, they can do nothing but tremble with fear.

For more information on Shaiya, please visit the following links: