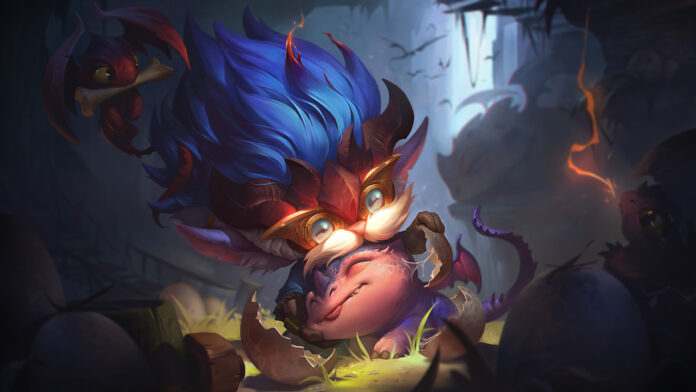 Riot Games today revealed the results of the League of Legends Durability update.

With the initial launch of the Champion Durability Update behind us we wanted to share our thoughts on how things went. For some additional context on how we approached the Durability Update, check out this Quick Gameplay Thoughts.

Why durability instead of damage?

Before we start, we want to address a question we’ve seen popping up quite often: Why did we buff durability instead of nerfing damage?

While assessing damage in League, we took a hard look at in-game systems like runes, items, and summoner spells to figure out which systems were most impacted by damage creep. We came to the consensus that the damage output of these systems altogether was too high, but that they were balanced relative to one another. In order to preserve this relative balance we decided to buff champion durability since that’d let us make focused changes to these other systems rather than taking holistic passes across all of them.

As expected with any big update, the initial launch was pretty unbalanced at first. Rather than attempt to pre-emptively balance all champions for initial release, we opted for a fast followup approach informed by the thousands of games worth of data players could provide on day 1. Within that first day, we rebalanced 11 champs that were excessively buffed or nerfed by the update. Then we started work on patch 12.11 which would go on to contain 60 more changes, making it one of the largest patches on record (sorry Patch Note readers). In addition, we’re making several more targeted adjustments to healing and shielding in patch 12.12.

Having said that, we’re still smoothing out a few sharp edges. Classes and items aren’t completely balanced yet, some champions still need more adjustments, and the state of healing is still out of balance in a 40% Grievous Wounds world.

To speak to the current state of Grievous Wounds (GW), we’re striving to make the game balanced around 40% heal reduction. Ideally, GW shouldn’t be something you need to buy every game, but instead should be a situational purchase in games versus 2 or more heavy healing champs. Moving forward, we’re planning to cautiously reduce the strength of healing to be more in line with the state of GW today.

Thoughts on the Durability Update

While we’re still in the process of balancing the Durability Update, we think it has landed relatively well. Players from all regions are enjoying more opportunities for skill expression and we’re hearing feedback that combat is better paced and more understandable (these were 2 of our main goals! We believe that slower combat gives players more opportunities to demonstrate more strategic skills like positioning and cooldown management. These smaller expressions of skill set the stage for players to showcase their skills in the memorable and exciting plays/teamfights that make League so enjoyable.

We’ve also seen some other positive effects, such as the “snowballiness” of games going down and (slightly) longer game times.

We think some degree of snowballing leads is good, after all players should be able to capitalize on their early game advantages to influence the outcome of a game. That said, we also don’t think a game should be impossible to come back from in 15 minutes. Pre Durability Update, snowballing was a bit too strong, but with more durable champs and stronger towers we’ve brought it down to a point we’re happier with.

To speak to games being slightly longer, it gives both teams more opportunities to engage in true late game team fights and it makes late game strategy and decision making more important which was missing in shorter games. We’re happy to make these concepts more relevant in League, so long as games don’t start getting too long.

A special thanks to the entire Gameplay team, including some solid assists from the Champion team and Game Analysis team, for making such a large update possible.

We also want to thank you, our players, for continuing to love the game as much as we do and for continually raising your concerns and requests to us. We’re excited to continue building League of Legends with all of you!

Bonkies, a co-op construction builder from space is getting a laid...