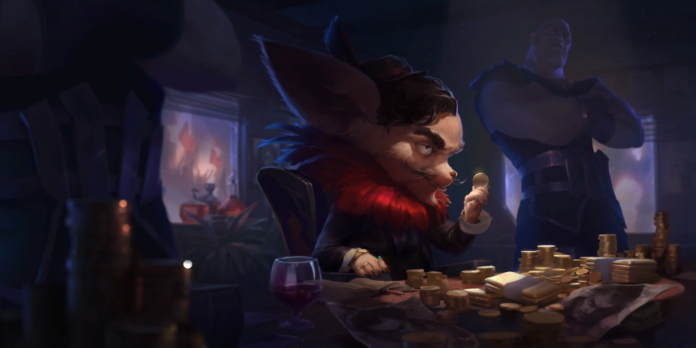 Rising Tides is Legends of Runeterra’s first new set of cards and launches on PC and Mobile starting on April 28th. The release will roll out with Patch 1.0 on PC and mobile and be completed by April 30th. Note: LoR will not be launching in China or Vietnam at this time. 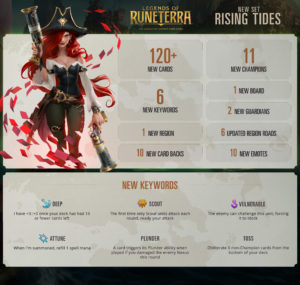 What’s in the set:

Rising Tides is Legends of Runeterra’s first new set of cards and arrives with launch! The new set will add a whole new region, Bilgewater, for players to explore and build around.

In the treacherous harbor of Bilgewater, locals live and die by one code: take whatever you can. Pirate gangs never pass up a chance to plunder, swindlers and rogues keep the next big score in their sights, and monsters of the deep devour entire ships without warning.

Playing Bilgewater brings a slew of options to take enemies by surprise and shoot holes in their plans. You win by bombarding your opponent with attacks they just can’t deal with, and when it’s time to sink or swim, you’ll have all the firepower you need to pull it off.

In addition to Bilgewater, Rising Tides will add: 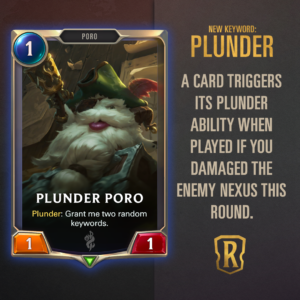