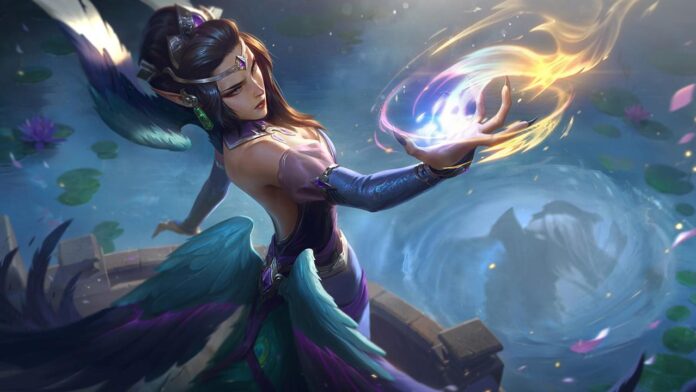 Riot Games just revealed League of Legends: Wild Rift Legendary Queue. Legendary Queue will be solo-only with a point based system with new ranks. It is only available to players who reach Diamond and above in our current queue which is also being adjusted.

A message directly from Riot: Hi everyone! Back in February we spoke with you about Ranked and rolled out some smaller changes to improve the overall experience. As we said at that time, our work wasn’t done and we’re back with some bigger updates. One of the changes we mentioned was that we were considering offering a split queue. We currently have only one Ranked queue that tries to serve both those wanting to play with friends, as well as those looking for the ultimate competitive experience. To better serve both types of challenges we will be adding a new experience to Ranked, The Legendary queue.

We’ve heard a lot of feedback requesting we adopt League PC’s systems. Over the years they’ve offered a few different queues for players, Flex queue, Solo/Duo queue, and more recently a Champions queue for the highest ranked players on the server. We like how these queues offer players more options on how to experience Ranked. With that in mind, we wanted to adapt those learnings into a new queue that fits Wild Rift players’ needs.

Legendary queue will be solo queue only, and players who achieve Diamond + in our existing Ranked system will be able to queue up. It will launch a few weeks after our new season begins and is only available during certain hours of the day.

There will be six new major ranks in this new queue, and each rank will have four sub-tiers to climb your way through. Similar to how Diamond+ has worked in the past, with our current ranking system, to rank up, you’ll have to earn enough Legendary Points to hit each new milestone. You’ll only be able to earn Legendary Points if you and your team can clutch out a win, and the amount of points you earn will be based on your skill and the skill of your opponents.

The Legendary Ranks are as follows: 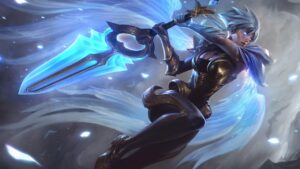 If you’re able to climb to the top and achieve the prestigious rank of Legend, you’ll also be given a special global ranking on the leaderboard alongside the other players who were able to reach Legend.

In addition to the new ranks, you will have a separate matchmaking rating (MMR) in Legendary queue. So the rank and MMR you have in the other queues will have no effect on your experience in the new one. Matchmaking will also be tuned to only include teammates at most one major rank tier away from you. We’ll keep a close eye on this and monitor the system as you climb the ranks!

We’ll also be making a few adjustments to our current Ranked queue this patch. We want these two queues to work together to provide players with diverse competitive goals. No matter what your goals are for the Ranked season, be it climbing to the top to achieve Legend, or just playing a few games with some friends to try out that new Dragon Lane combo–it’s important to us that we are providing meaningful goals that support how you want to play.

The first change that we are making is that instead of ranked marks ending at Emerald, they will now extend all the way to Challenger. And once players reach Diamond, instead of gaining and losing Victory Points (VP) for wins and losses, they will now gain a ranked mark per win, just like in Emerald and below, and lose one per each loss. If you want to embark on the journey of climbing from Diamond IV up to Diamond I and beyond into Masters, you’ll need to earn six marks per each tier of Diamond.

With these adjustments, we also want to make the entire queue more consistent, so we’re making Ranked Fortitude and Fortitude Shields persist into Diamond and up through Challenger and removing placement matches at the beginning of the ranked experience so we can provide a consistent Marks-based system end-to-end.

Since these are a lot of new changes being implemented, our usual season reset will roll some ranks back a bit further than the previous season to help smooth the transition into these updated ranks

We appreciate all your patience and feedback you’ve provided as we’ve made adjustments to the Ranked system, and we hope the changes we’re rolling out this patch improve your overall experience. Good luck on your climb, and we’ll see you on the Rift!

Take on all challengers in Shaiya’s new Free For All event!