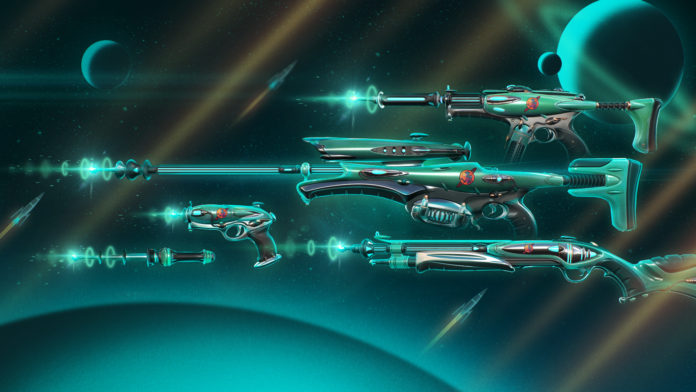 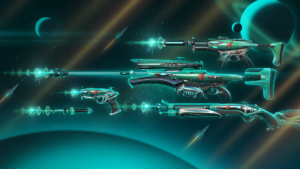 VALORANT has launched another stylish skin line called Gravitational Uranium Neuroblaster! (or G.U.N. for short). G.U.N. brings a 1960s sci-fi, retro-futurism blaster gun – for those that are excited by outer worlds filled with extra-terrestrial dangers, romance, and the spirit of adventure.
The skins are inspired by space exploration and scientific discoveries of the 1960s, an era that introduced science fiction to the world by the power of pure imagination of Frank Herbert, Isaac Asimov, Arthur Charles Clarke, Strugatsky brothers, Ivan Yefremov and many other authors.
The Premium Edition skins will be launching on September 30th with the price set for individual items at 1775 VP with the bundle price TBC.