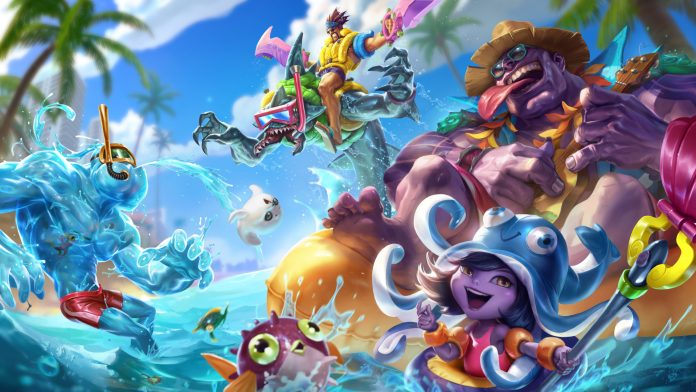 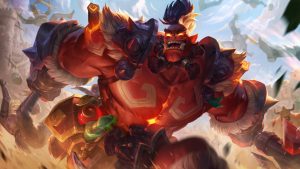 Dr. Mundo, one of League of Legends’ original 40 champions released in 2009, is receiving a full visual and gameplay update in patch 11.12!
Utterly mad, tragically homicidal, and horrifyingly purple, Dr. Mundo is what keeps many of Zaun’s citizens indoors on particularly dark nights. Now a self-proclaimed physician, he was once a patient of Zaun’s most infamous asylum. After “curing” the entire staff, Dr. Mundo established his practice in the empty wards that once treated him and began mimicking the highly unethical procedures he had so often experienced himself. With a full cabinet of medicines and zero medical knowledge, he now makes himself more monstrous with each injection and terrifies the hapless “patients” who wander near his office.

Passive – Goes Where He Pleases – Dr. Mundo resists the next immobilizing effect that hits him, instead losing current health and dropping a chemical cannister nearby. Dr. Mundo can pick it up by walking over it, restoring a portion of maximum health and reducing this passive’s cooldown. Enemies moving over the cannister destroy it. Dr. Mundo also has increased health regeneration based on his maximum health.

Q – Infected Bonesaw – Dr. Mundo throws an infected bonesaw, dealing magic damage to the first enemy hit based on their current health and slowing them.

W – Heart Zapper – Dr. Mundo electrocutes himself for a few seconds, dealing persistent magic damage to nearby enemies and storing a portion of damage he takes as grey health. At the end of the duration, Dr. Mundo deals a burst of magic damage to nearby enemies and heals his grey health if an enemy is hit (heal reduced if only minions or monsters are hit). Dr. Mundo can recast Heart Zapper to end its effects early.

R – Maximum Dosage – Dr. Mundo pumps himself with chemicals, instantly healing a percent of his missing health. He then heals a portion of his maximum health over a long duration, gaining bonus movement speed and attack damage while healing.

NG21 May: Join us for a week of games industry gold

LANGRISSER I & II TO RELEASE FOR PLAYSTATION 4, NINTENDO SWITCH...