KOEI TECMO Europe is excited today to announce that the soundtrack to KOEI TECMO’s Atelier Ryza: Ever Darkness and the Secret Hideout is now available to stream on Spotify. The global release of the soundtrack celebrates the ongoing success of the JRPG game, which is a critically-acclaimed new entry in the beloved Atelier series; also one of the fastest-selling titles in the franchise’s history. The Atelier series itself enjoyed its 20th anniversary in 2017 and continues to flourish.

Follow this link to start streaming the soundtrack: http://open.spotify.com/album/18daYwaNAlhwSiQIZO7K8B

The release of the Atelier Ryza soundtrack on Spotify heralds the first time that KOEI TECMO GAMES CO., LTD. has unleashed game soundtrack music to western audiences via a streaming service. The Atelier Ryza soundtrack features all of the BGM tracks from the game, totalling sixty-one atmospheric and evocative tunes to enjoy. Also included is the popular theme song “Rainbow Summer” by Japanese artist Sayaka Kanda.

For complete authenticity, songs are listed in their native Japanese and users can discover the soundtrack by searching for “Atelier Ryza” in Spotify.

And that’s not all for Atelier fans: the release of the Atelier Ryza soundtrack coincides with the latest drop of additional downloadable content for the game which includes a whole new story scenario and exciting new character costumes. For more information about the DLC please follow this link: http://www.koeitecmoeurope.com/ryza/dlc01.html

Atelier Ryza: Ever Darkness and the Secret Hideout is available to purchase as a physical release and via digital stores on Nintendo Switch, PlayStation 4, and as a digital release on Windows PC via Steam. 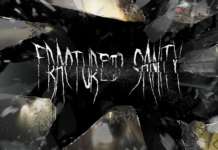 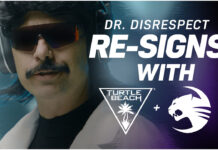 Ya ya ya indeed – Turtle Beach, ROCCAT & DrDisRespect strike firm handshake to continue the momentum

Osmo Pizza Co. Starter Kit – open up your own pizzeria!