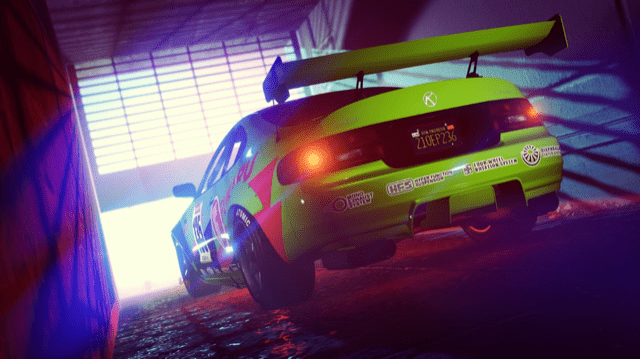 A variety of new content is coming to both GTA Online and Red Dead Online across the summer months, stacked with fan-requested additions to each game along with a host of new items and experiences, quality of life updates, and much more.
In the next major update to GTA Online, players can expect a high-octane celebration of car culture, with new opportunities for gearheads to show off their performance and customization upgrades, including a new underground car meet-up area.

Meanwhile, new Stunt Races will be available on May 27th, followed by expansions to two modes, Deadline and Survival.

Later this year, the expanded and enhanced new generation versions of GTAV and GTA Online will release on November 11th. 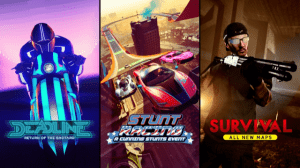 Across the frontier in Red Dead Online, the next major update will bring more criminal opportunities for vigilantes of all kinds later this summer, while an exciting new series of Races is just on the horizon.

Please see below for more details on these updates and a hint of what’s in store for the rest of the year, including more surprises to come in honor of the upcoming 20th anniversary of Grand Theft Auto III.
Details on New Updates to GTA Online and Red Dead Online
Plus Grand Theft Auto V Coming to PlayStation 5 and Xbox Series X|S on November 11th, and More

An assortment of new updates to both GTA Online and Red Dead Online are on the way throughout May and the summer months, bringing some of the most frequently fan-requested additions to each game along with a host of new items, quality of life updates, and much more.

In Los Santos, car culture is back on the streets in a big way, with new opportunities for fans of performance and customization upgrades to get together with like-minded gearheads to test and show off their rides free from interference from authorities and other troublemakers. The renewed interest is bringing a new underground car meet into the area, along with new additions to the local racing scene — and demand for stolen vehicles has never been higher.

Expect high stakes and high action as crews hit the streets to get hold of the latest vehicles on the hot list, challenge each other in new race types, or take part in a series of multi-part robbery missions, where a precisely modified getaway vehicle will be your best weapon — all later this summer. 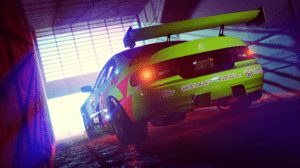 To help gear up for GTA Online’s summer update, eight new Stunt Races are right around the corner, coming to the GTA Online Stunt Series on May 27th. These new tracks will introduce an array of white-knuckle thrills for stunt racers in an assortment of vehicle classes.

Shortly thereafter, fans of the futuristic Deadline mode will get seven new arenas in which to obliterate opponents with their Shotaro bike’s explosive light trail. If eradicating waves of armed resistance is more your appetite, Survival mode will also expand to new locations throughout Los Santos and Blaine County. 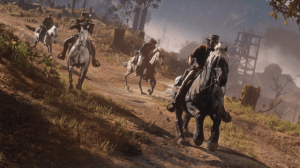 Next week, Red Dead Online delivers eight new Races spanning iconic locations across the five states — from the arid frontier outpost of Gaptooth Breach to the mining town of Annesburg and the swamps of Lagras. Show off your proficiency on horseback in all forms of equine competition with new Standard Races, along with new Open Races where it’s up to you to determine the best path to ride through all the signal fires on a given course.

Or try your hand at new Target and Open Target Races, where the aim is to take out target checkpoints with your trusty bow and arrow while on horseback. All these new races will be available to all Red Dead Online players on May 25th. 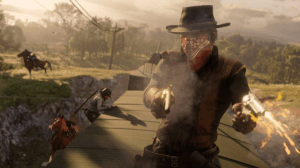 Red Dead Online’s summer update will add a diverse array of new missions across the world for those looking to step into the criminal underworld. Down in Saint Denis, Angelo Bronte’s trusted lieutenant, Guido Martelli is working to create his own criminal network, so whether it’s intimidation, unsavory crimes, or larger, high-stakes robberies — riders best be willing to do whatever it takes to earn their blood money.

The expanded and enhanced versions of Grand Theft Auto V and Grand Theft Auto Online are arriving on PlayStation 5 and Xbox Series X|S with new features and more, on November 11th, 2021. As an added bonus — this summer’s updates to GTA Online will include special benefits for players to take advantage of in these expanded and enhanced versions when they drop. Plus, in honor of the upcoming 20th anniversary of the genre defining Grand Theft Auto III, we’ll have even more fun surprises to share — including some specifically for GTA Online players.

With much more to be revealed, stay tuned to the Rockstar Newswire for details on futureupdates, weekly bonus-filled events and more in the weeks and months ahead.

Would you dare to set foot in the Cursed Mansion and...