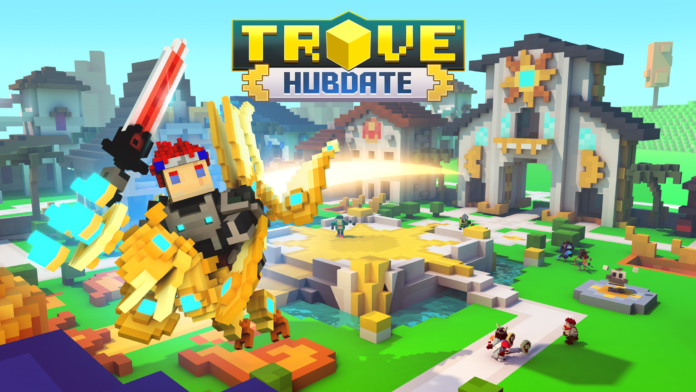 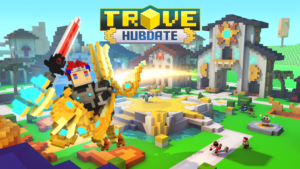 The newest content update arrives on Xbox One and PlayStation 4 and provides players with a series of UI enhancements as well as exciting new content.

The Hub is the first thing to greet Trove players as they enter the game, and it has never looked better. Whereas before, the game’s menu system has provided players with a functional yet somewhat plain experience, now Trovians can stroll right up to one of the many new interactive features and NPCs and directly access anything they need in Trove – from their Adventures menu to the Marketplace, it’s all available right there in the Hub, making the Hubdate a joy to use for both seasoned heroes and aspiring adventurers.

In addition, the new update features even more new content. For advanced players, the Delves have added two fearsome new bosses in the guise of the Shadow Hydrakken of Shadow Tower fame, and Flakbeard, the Relentless.

And there’s more: With the Trove Adventures system’s overhaul, players can discover many all-new Quests that come with Hubdate.

Trove is a square world filled to the brim with excitement, friendships and never-ending adventure. Its sixteen classes are as unique as the game itself and players can change between them on a whim. Whether they prefer ranged attacks, magical powers or close-combat melee, anything is possible in Trove.

More information about the free to play voxel MMO Trove and the Hubdate can be found on the official website.

Embark on an adventure in Raiders of the Lost Treasure in...