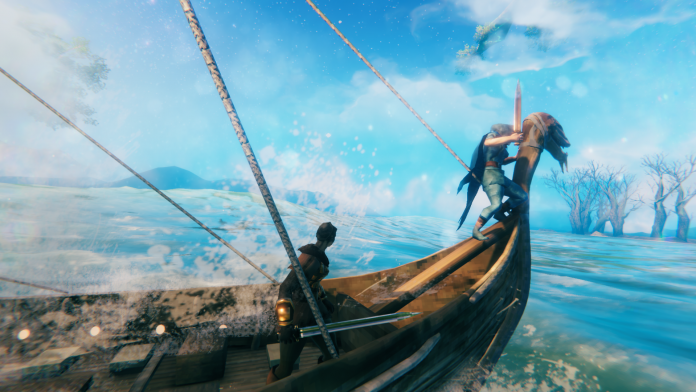 Swedish viking game Valheim takes the world by storm.
Surpasses over 1.000.000 Units Sold in One Week and becomes one of the fastest selling debut games in history!

Coffee Stain Publishing reveals its viking smash hit, made by just five developers, has surpassed over one million in sales in its first week, claiming the number one spot on the Global Top Sellers list on Steam

On Sunday February 7th, Valheim became the fourth most played game on Steam, hosting over 130,000 peak concurrent users, surpassing Grand Theft Auto V, Apex Legends and Rocket League, according to the platform. Alongside critical and player acclaim, Valheim has also proven popular with some of the world’s biggest content creators, seeing over 127,000 peak viewers on Twitch on the evening of February 8th. 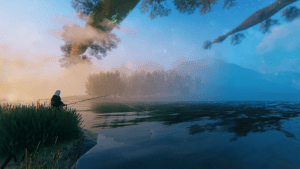 Created by Iron Gate Studio, the new Swedish developer, Valheim began as a one man passion project from CEO Richard Svensson in 2017, before expanding to a team of five in 2020. Coffee Stain, also headquartered in Skövde, came on board as publisher in 2018. Valheim is one of a number of global success stories to come from the small town of Skövde, with a population of just over 50,000, including Coffee Stain’s own ludicrous sensation Goat Simulator, and survival game Raft from Redbeet Interactive and Axolot Games. 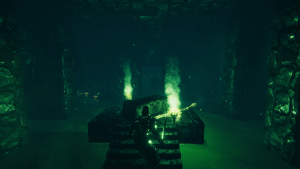 Whilst Valheim has seen exceptional success so far, this is only the beginning, and Iron Gate Studio has already revealed a living Early Access roadmap, promising new biomes, new enemies, and improvements to combat, ships and more.

Richard Svensson, CEO, Iron Gate Studio, commented on the reasons behind Valheim’s success: “Valheim is a cooperative game about exploring a huge rather colorful world with very few borders or limits, that’s been released during a global pandemic when a lot of people are locked inside their homes and unable to see their friends and family. Hopefully being clubbed by a troll together will make them feel better,”” said Richard Svensson, CEO, Iron Gate Studio. “Thanks to an awesome publisher that allowed us to follow our vision and for understanding that you can’t rush creativity.” 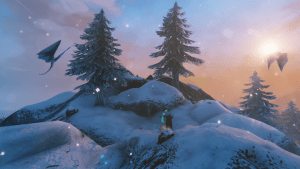 “When we signed Valheim and Iron Gate, which at the time was just Richard, we knew the game was awesome, but it has continued to surpass our expectations at every turn. When we’re scouting for games, solo developers and small teams stand out, because they come with a focused vision, and obvious talent, but with plenty of room for us to support,” said Sebastian Badylak, Executive Producer, Coffee Stain Publishing. “Valheim is a perfect example of what an agile, super talented team can achieve when you give them the room and tools to make what they want. This is just the beginning.” 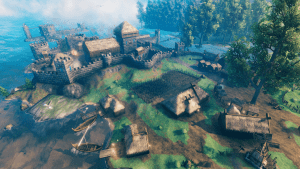 Valheim is now available for $19.99 on Steam Early Access for PC and Linux.

About Coffee Stain:
Coffee Stain is a game development studio, publisher and investor with offices in Skövde, Stockholm, and Gothenburg. Founded in 2010, Coffee Stain Studios is responsible for ridiculous global sensation Goat Simulator, the Sanctum Games, and the otherworldly factory builder Satisfactory, currently in Early Access. Coffee Stain Publishing was founded in 2017 to find talented developers and give them the tools and time to make their dream games. Since launch, the publishing arm has handpicked a select number of projects to partner with including Deep Rock Galactic, critically acclaimed retro arcade platformer Huntdown, and new indie triumph Valheim, currently in Early Access on Steam.
In 2018 Coffee Stain launched Leveling the Playing Field (LTPF) to support gender equality in the games industry, which offers funding to smaller and start-up development teams where at least half of employees are women. In 2020, LTPF expanded by broadening its criteria to include underrepresented races and ethnicities. Read more at https://www.ltpfgroup.com/.

To find out more about partnerships and opportunities with Coffee Stain, visit:

About Iron Gate Studio:
Iron Gate is a new studio founded by industry veterans, having worked on games such as the critically acclaimed Magicka 2, Leviathan: Warships, and the Titan Quest series. Headquartered in Skövde, Sweden, the team has a track record for developing immersive worlds steeped in norse mythology. Valheim, Iron Gate’s first title, is a punishing multiplayer exploration and survival game inspired by viking culture, now available on Steam Early Access. To find out more about Iron Gate, visit: https://irongatestudio.se/

Trove Celebrates 7th Birthday with the Launch of Sunfest