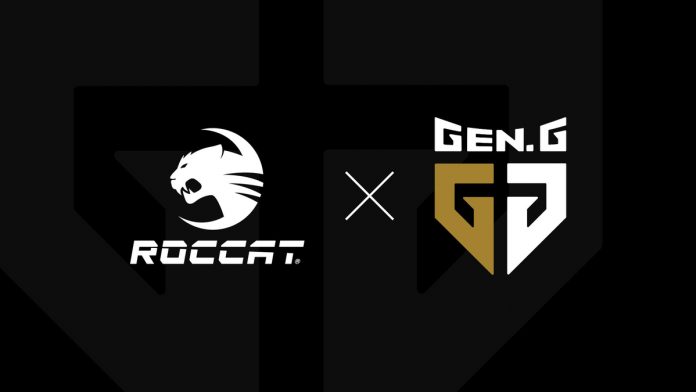 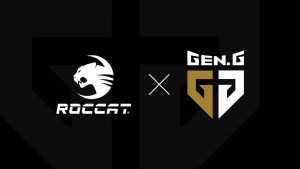 ROCCAT, the award-winning PC brand from leading gaming accessory maker Turtle Beach (Nasdaq: HEAR), today announced a new partnership with Gen.G Esports, a leading global esports organisation fielding some of the best professional teams and players in the world across a variety of games. The new partnership sets ROCCAT as the official PC gaming accessories partner for keyboards, mice, and other PC peripherals of Gen.G’s professional teams based in Korea: Seoul Dynasty of the Overwatch League, League of Legends, and PUBG teams as well as their affiliated streamers.

Through the new partnership, Gen.G’s teams will be using ROCCAT’s latest gear, including the groundbreaking Elo series PC gaming headsets, the ridiculously fast and fan-favorite Vulcan keyboards (like the Vulcan TKL Pro – recent recipient of a 5/5 Star Review + Platinum Award from T3), lightweight Burst gaming mice, and Sense mousepads. Additionally, ROCCAT will be working directly with Gen.G’s players and streamers to create a wealth of unique, engaging, and fun content for fans, as well as working with them to build their insights and competitive knowledge into future products.

“We’re extremely excited to be extending our esports partnerships to Korea with Gen.G Esports – one of the most well-respected esports organisations in the world,” said Juergen Stark, Chairman & CEO, Turtle Beach Corporation. “We’re growing our business in Korea and can’t wait for the teams, their fans, and gamers in the region to see why ROCCAT is fast-becoming one of the most sought-after PC gaming accessory brands.”

“My roots are in competitive gaming and ROCCAT has a celebrated esports heritage based on delivering products that genuinely improve performance,” added Rene Korte, ROCCAT founder and General Manager for PC Products at Turtle Beach. “We’re excited to be building on that legacy by partnering with Gen.G and their roster of elite players.”

Gen.G Esports Co-President and COO Arnold Hur said, “We are very excited to partner with a brand like ROCCAT and look forward to their high-performance PC gaming products taking Gen.G Esports and our content creators to a whole new level.”

ROCCAT is known for combining detail-loving German innovation with a genuine passion for PC gaming and has a history of creating award-winning accessories. The brand recently launched its latest Vulcan series keyboards and Burst mice. These products feature ROCCAT’s ground-breaking Titan Optical Switch technology that registers keystrokes and mouse clicks up to 100x faster than standard mechanical switches and lasts twice as long.

About Gen.G EsportsEstablished in 2017, Gen.G is the leading esports organization connecting the U.S. and Asia. Ranked #6 in the 2020 Forbes list of the world’s most valuable esports companies, Gen.G is the only major organization that owns and operates top teams in the world’s leading esports markets – China, South Korea, and the United States. Its unique portfolio of teams, winners of 7 global championships to date, includes the Seoul Dynasty franchise of the Overwatch League; 2014 & 2017 League of Legends world champion team in South Korea; the world’s top all-female Fortnite team, based in Los Angeles; the NBA 2K League’s historic expansion franchise in Shanghai; and top ranked teams in CSGO, PUBG, and Valorant.

Gen.G’s core mission is to help fans and athletes use the power of gaming and esports to get ahead in and beyond the competition. The company has quickly become a commercial and thought leader, building a global, inclusive, and cross-cultural future for sports entertainment. Its widely acclaimed initiatives include: #TeamBumble, the leading team platform for the empowerment of women in gaming; and Gen.G Global Academy, the world’s first fully-integrated academic esports program. Gen.G’s teams, content creators, and corporate staff work out of their offices in Los Angeles, Seoul, and Shanghai.

Daedalic Entertainment is now offering 11 of their games in a...