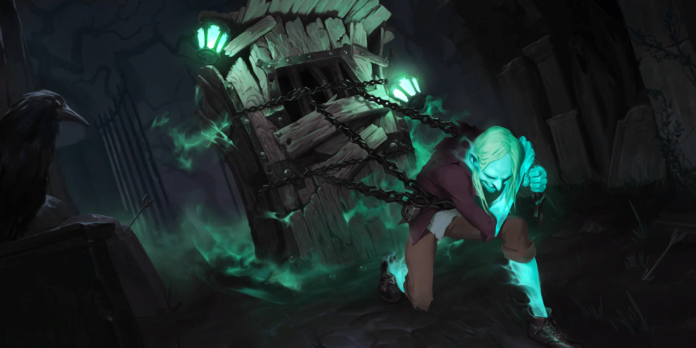 When do these changes happen?

Most of the changes will go into effect on March 31st with patch 0.9.3, while XP Boost levels on region roads will be rolled at a later date.

Why is Riot making these changes now?

Open beta is the time to make these changes. We’ve seen and heard a lot of player feedback about wanting more agency and control over how they get their cards. We think we’ve found a good set of solutions that offers  a better path for players regardless of how they’re looking to obtain cards and decks.

Does this make LoR pay to win?

No. A fundamental part of our design for LoR is a belief that card games should be accessible to everyone. That’s why in addition to removing the cap on wildcards, we’re focusing on upping free rewards for all players.

Players will still be able to earn all the cards for free, and we’re no longer gating that experience so invested players can earn them even faster. We are not, and have no plans, to ever introduce random packs of cards to the game, or to force players to spend incredible amounts of money to get a single card they want. In LoR, if you want that card you can either buy it directly or just play some games and get exactly what you want.

After two preview patches, six weeks of open beta, and a whole lot of data and feedback from all of you awesome open beta players, we’re making a big update to progression and the in-game economy of Legends of Runeterra. There’s a lot to cover, so let’s get right to the point and then dive into the rationale behind it all afterwards.

As design director Andrew “Umbrage” Yip talked about in his State of the Beta article, we’re seeing lots of positive results overall from the progression system. However, some of the methods we chose to achieve certain goals—like ensuring the meta continues to evolve and supporting the different ways players invest their time & money—aren’t doing the job as well as we’d like. So we’re adding more agency to your progression: a Champion Wildcard each week from a Vault that can now level up infinitely, no daily XP cap, and unlimited direct purchase of any card, among other things.

Additionally, along with the first new set of cards—and new region—later this year, we’ll deliver the following feature:

The above changes (excluding the XP Boost levels) will be live on March 31 with Patch 0.9.3. We’re giving you early notice because we take changes to progression and the economy seriously, and know that you do too. Like our previous progression articles, we also want to provide as much transparency as possible and take the opportunity to talk about our broader goals, so read on for all the details that led to this update. 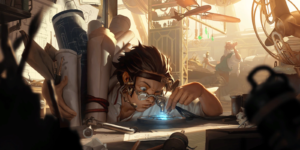 When we set out to build a better card game, we focused on a particular challenge: How to create a meaningful sense of progression while fostering greater periods of experimentation and discovery. Given this ambition, we knew going into the preview patches (before Open Beta even started) that we had more work to do to get to the final state of progression in LoR.

In our first article about progression, we said that: One of the big things we’re still debating is the fact that players are ultimately limited by time: There’s only one new quest a day, the Vault has a level cap, and wildcards in the store have a limited stock each week. It’s the tradeoff we’ve chosen in order to emphasize your agency—you have a clear way to get exactly what you want, but it’ll take some time to get it. Is that ultimately better? We think so, but you’re about to show us.

And show us you did. 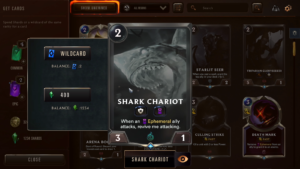 …WHERE WE ENDED UP

While many players were very satisfied with the amount of agency they had at the outset, others were struggling with the limits. One of the most obvious examples was the randomness of the Vault, specifically when it came to Champion cards. Given how critical champs are to the “time-to-deck”—an important way in which we measure progression in LoR—that was a big deal. The randomness was especially punishing for players who were relying on the Vault (versus the store) to get the champs they needed.

And while parts of the progression system—like limited stock in the store and a max level on the Vault—did seem to help the meta evolve more slowly, that benefit was overshadowed by notable downsides, like not being able to fully experiment with a majority of the cards. For some players, this made the meta stale in its own way, and for other players—those that have the most fun when being innovative and experimental—it was a real limitation that made LoR harder to enjoy playing altogether. While we love the idea of a meta that keeps evolving, we aren’t willing to keep constraining players in order to force a certain pace. 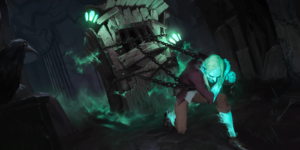 We also saw a less-than-awesome optimization happening: stockpiling wildcards (and to a lesser extent, shards). We see this as a problem for two reasons: First, it indicates to us that players feel it’s ultimately more valuable to hold onto wildcards instead of using them to regularly acquire and try out new cards, which directly contradicts our goals of progression, experimentation, and discovery. Second, stockpiling wildcards effectively eliminates the possibility of a “slow-evolution meta” for the next set, as players can use all those wildcards to unlock the majority of new cards instantly (an issue which would likely repeat going forward). Regardless of any other changes, we’d need to eventually do something to improve this, if only because new players would be hopelessly behind the well-resourced veteran players.

With all these problems clearly in view, we had essentially two options: keep the current course and accept that some players would have significant advantages over others (along with very different progression experiences), or make some big changes. 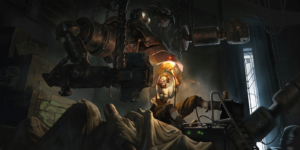 Our goal hasn’t changed—we still want to create a game with satisfying progression while fostering greater periods of experimentation and discovery—but we also don’t want the second half of that goal to come at the expense of the first.

Trying to maintain a meta that evolves slowly would lead to some things that just straight up feel bad. For example, one solution would be to limit not just how many wildcards you can purchase each week, but how many you can actually use each week. Another would be to establish set-based wildcards, so that none of the current wildcards would be applicable toward the next set’s cards.

It would sure slow things down, but there’s no way we’re doing any of that crap. (And even if we did, it wouldn’t necessarily lead to the kind of evolving meta we saw in Open Beta. There’s a high chance the community would default to playing existing top-tier decks rather than experiment with the latest cards in less-powerful decks, choosing to wait until a complete, competitive version of a new deck is possible before investing in playing it.) 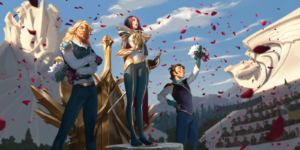 Which brings us to big change #1: we’re making wildcards, or essentially direct purchase of cards, unlimited. Once we decided against the feels-bad methods necessary to make an Open Beta-style meta experience happen again, this became a simple way to improve three key things simultaneously: ensure new players weren’t forever behind those who stocked up earlier, enable players who wanted access to the full set of cards for experimentation, and eliminate the implicit pressure to make purchases because of the limited weekly stock.

That’s probably the bigger headline, but it isn’t the one we started with. Another goal we’ve been committed to since the beginning of LoR is to make a game where how much money you spend is NOT the deciding factor in your success as a player. So before we could get to the question of wildcards, we had to first figure out how to give players who invest time, rather than money, more agency. Turns out, it was a similarly simple solution: make XP gains and the Vault unlimited as well, and ensure players had more access to (and control over) Champion cards. That manifests as a Vault with a random Champion at level 5 or a Champion Wildcard at level 10, and continuous leveling for as many bonus capsules as you can get.

Together, these changes do a lot to increase agency across the board. But while they might be great for players that heavily invest with either time or money, they don’t do as much for another kind of player: those who don’t (or simply can’t) invest that way. 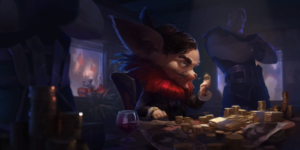 We never want anyone to feel like LoR is only playable if you’re grinding out games or dropping a bunch of cash. We’re also personally familiar with the fear of missing out and falling behind when you dip out of a game for a little while. So along with the now-consistent Champions from level 5 Vaults (which is designed to be virtually guaranteed just by completing your daily quests), we’re adding XP Boost levels that will accelerate anyone who’s far behind into a reasonable range.

Over time, additional XP Boost levels will be added based on how long and how quickly active players have been progressing to ensure there isn’t a huge disparity in card collections. If a significant part of the community ends up rocketing way ahead of the pack, the rest of the community can draft off them to catch up. We want coming back after a break to be easy and appealing, and ensure that it’s always a good time to start playing LoR.

That rounds out the major changes you can expect to see soon. Whatever struggle you were having with your progression, this update aims to fix it. You wanted less barriers? Unlimited XP gains, Vault levels, and direct purchases are yours. Needed more accessibility? Better rewards from the Vault, more Expeditions, and XP Boost levels are here. Were you praying every week for a Champion? You got ’em. The meta may evolve even more quickly now, but your progression will keep up, and you’ll have more agency than ever before. 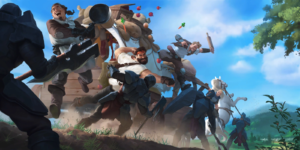 AND AWAY WE GO (AGAIN)

We’ll be watching carefully over the next few weeks to see how you all respond to these changes, and how it impacts the game overall. We’re determined to develop the best progression system we can for LoR while finding other ways to keep the meta fresh in an unlimited world.

We’ve given this update a lot of thought, and are striving to make it the last major change to LoR’s core progression and economy. As always, we’ll keep communicating along the way.

Thank you to everyone playing in the Open Beta for helping us see what still needed fixing. With launch not too far away, we’re more excited than ever for what you’ll help us create next.