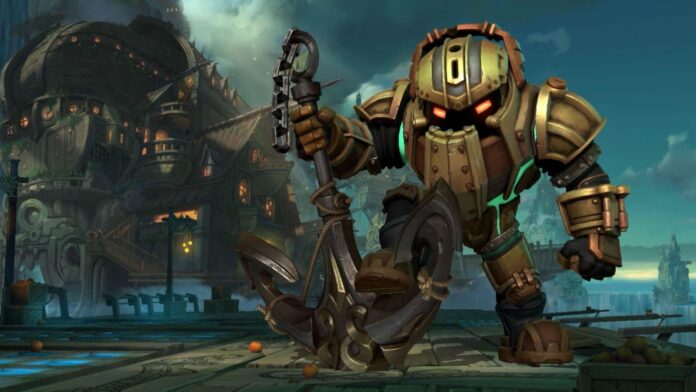 Riot Games just revealed League of Legends: Wild Rift Patch Notes 3.2b that adds Nautilus and Pyke to the game along with a variety of changes on the first patch that the 2022 Wild Rift Icons Global Championship will be played on!

This will be the first patch that the 2022 Wild Rift Icons Global Championship will be played on! That’s a whole lot for one patch, so let’s dive in!

We’re tackling a few champions that have been dominating forces in their roles, and also revisiting the jungle to make some systematic adjustments after our previous changes. Nautilus and Pyke are also making a splash this patch, with their debut. Whether you like to set your team up for some gnarly wombo combos, or help them “secure” the kill, they’re ready to help you bring a little bit of salt to the Dragon Lane, no matter your style.

This patch will last a little longer than balance patches typically do, but we’ll see you back here for Patch 3.2c on June 29!

NAUTILUS, THE TITAN OF THE DEPTHS

A lonely legend as old as the first piers sunk in Bilgewater, the armored goliath known as Nautilus roams the dark waters off the coast of the Blue Flame Isles. Driven by a forgotten betrayal, he strikes without warning, swinging his enormous anchor to save the wretched, and drag the greedy to their doom. It is said he comes for those who forget to pay the “Bilgewater tithe”, pulling them down beneath the waves with him—an iron-clad reminder that none can escape the depths.

PYKE, THE THE BLOODHARBOR RIPPER 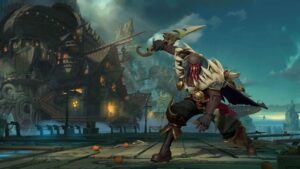 A renowned harpooner from the slaughter docks of Bilgewater, Pyke should have met his death in the belly of a gigantic jaull-fish… and yet, he returned. Now, stalking the dank alleys and backways of his former hometown, he uses his new supernatural gifts to bring a swift and gruesome end to those who make their fortune by exploiting others—and a city that prides itself on hunting monsters now finds a monster hunting them. 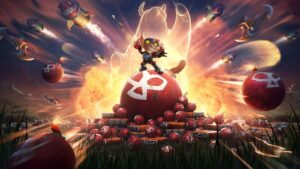 Don’t put those spatulas away just yet…there’s still some time left to hop into a cannon and enjoy all the chaotic fun!

The crowd is roaring and the stage is set, who will take home the trophy?

RISE FROM THE DEEP

The Glorious Executioner hasn’t been meeting our axe-spectations lately, so we’re increasing his base Attack Speed and buffing the payout Draven gets for kills to make him more threatening when snowballing. We’re also making Blood Rush’s cooldown shorter, so it’s a little more forgiving when you accidentally drop one of your axes (don’t worry, it happens to us too).

Evelynn has always had a strong presence in the jungle, especially in higher level play. But, with the recent systematic changes that we’ve made she’s crossed the line into nerf-worthy territory. We believe Evelynn gets most of her power from her ability to invade, gank, and secure kills in the early game, so we’re cutting back on some of her strength in those areas.

Recently, Irelia has been a prominent and powerful pick across a variety of roles while also being extremely frustrating for players to play against. We’re cutting down on her burst and the duration of her soft crowd control, to bring her power down and alleviate some of the pain players have been experiencing when facing this Blade Dancer.

Since the addition of the new keystones, Lulu has skipped her way right back to being one of the strongest supports, especially in higher level play. To combat this, we’re bringing down the amount of purple…we mean powerful utility she can grant her allies.

After recent nerfs, Master Yi has been clearing jungle camps more slowly than we’d like to see. To address this, we’re amping up the bonus damage to monsters that the Wuju Bladesman deals with his Alpha Strike.

Previously, we made changes to Morgana to try and help her out in the Dragon Lane, but we didn’t go far enough. So we’re here again to give her a boost that will allow her to cast a few more dark bindings and a larger black shield, so she can provide some more support to her allies.

Tristana has been struggling for a while, and the new keystones haven’t helped her out. To lend this Bandle gunner a hand, we’re boosting her scaling power so she can have an easier time becoming a hyper carry without having to focus so much on snowballing through her lane.

Compared to the other fighters in the Baron Lane, Wukong has been struggling to keep up. To bring the Monkey King’s power level closer to his fellow fighters, we’re improving his overall dueling potential while also giving Cyclone a quality of life update.

As of late, Xayah has been on the weaker side with most of her current power tied to her auto- attacks and un-targetability. We want to see this Rebel soar as a caster carry, so we’re giving her some more pay off when she gets those huge Bladecaller pulls through foes.

Recently, Yuumi has been a ferocious force in the Dragon Lane, so we’re taking back some of the chin scratches and a previous buff we gave her that allowed her to interact and mitigate damage more often.

For a while now, the upgrade to tier one boots has been significantly less powerful than the upgrades from tier one to tier two. While we want to maintain the component being weaker than the upgraded version, we believe the difference between these is too extreme. We’re adjusting the cost of the first upgrade, and pushing it into the second, which will make it feel better to pick up tier one boots earlier in the game.

Electrocute is still underperforming compared to the other keystone options, even for champions that want to prioritize burst. We’re giving it a bit more base damage which will grant you more burst and power from this keystone.

Compared to the other keystones, Font of Life is providing too much healing for how noncommittal it is, so we’re cutting back on some of that power.

Bone Plating is a good rune to pick up to grant you some extra durability in the earlier stages of the game, but with the addition of the new minor runes, Bone Plating hasn’t seen as much play. We’re giving it a substantial boost to make sure it continues to fill its intended niche role.

We’re happy with how the removal of resistances worked out for the Brambleback and Sentinel camps, but believe they are a bit too tanky overall and so we’re cutting down on their base health.

We previously removed the health regeneration from Blue Buff, and it has left many junglers with lower health during their clears, making them them without a way to gank lanes or contest early invades and objectives. We’re giving some extra health regeneration back during clears to boost the overall healthiness of junglers.

You can earn or purchase accessories from a bunch of different sources. Please check the relevant page in game for more information on how to get ‘em! 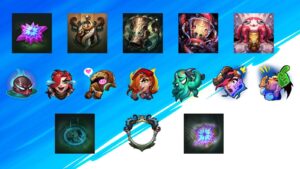 Baubles: Hold this would you?

Icon Borders: Risen From the Deep

All accessories will be released throughout the patch.

Grand Fantasia Celebrates its 11th Anniversary with events, rewards, and much...

NG21 May: Join us for a week of games industry gold