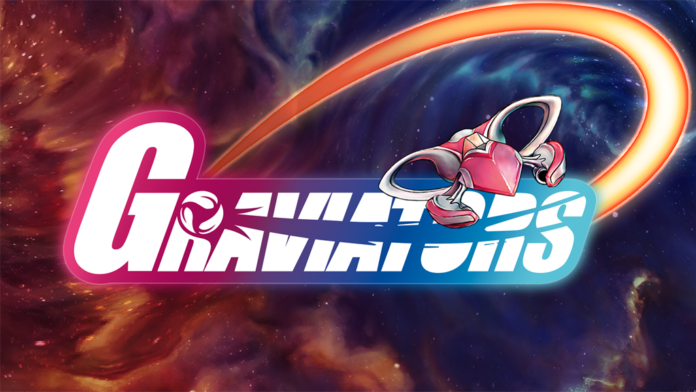 German studio from the heart of black forest announces GRAVIATORS to be released on Steam in early 2023!

German developers, Couch in the Woods Interactive, will soon bring the nostalgic flair of classic games back to the couch with its new team arena sports game in space – GRAVIATORS! The game that was literally developed on the couch in the deep German woods will be released at the beginning of 2023!

GRAVIATORS is a lightweight esports game where teams compete topdown in space arenas. If you like Rocket League, but are looking for something casual to have a hell of a lot of fun on the couch with your noob friends too, then GRAVIATORS is the right choice for you! It is easy to learn AND easy to master while offering exciting mechanics for creative gameplay.

“We fusioned esports with casual gaming and created something that we were missing in our student life…a couch party game for everyone with the special hook, that people would start to like playing competitively even if they’re not used to.” – Markus and Robert, the developers of GRAVIATORS.

Use your spacepods special gravity and shield abilities to control the ball and shoot it into the opponent’s black hole to score points. Bring your friends to your couch to compete against each other or other teams online. Go solo and play against AI or random people online – the choice and fun are limitless! GRAVIATORS has 3 different game modes:

Versus Arena: Destroy shields around your opponent’s black hole to get temporary points. Shoot inside the black hole to score goals and add your points to the scoreboard!

Planetary Arena: The goals are located on each side of the screen and the playfield is divided by a black hole. Use it to give the ball some extra power! Destroy the shields and score goals to add points to the scoreboard!

Meteor Shower: Protect your planet and survive incoming waves of asteroids! Destroy them quickly to build up a higher multiplier. With further waves, new kinds of asteroids and other dangerous objects will appear.

Stay tuned for more information and come together to ride the gravity wave.

Join Couch in the Woods community for the latest updates on GRAVIATORS: https://couchinthewoods.de/#community 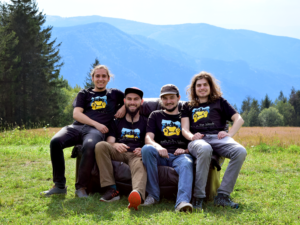 About Couch in the Woods Interactive
Couch in the Woods is a passionate team which is literally playing and developing games on the couch in the woods. Isolated by mountains and trees of the Black Forest, the team founded their small indie game dev studio in 2020 out of the studies. To make their dreams come true, the team drove the research in machine learning for the GRAVIATORS AI to get governmental funding. From the first idea in their student rooms to promoting GRAVIATORS at gaming events, the team is about to launch their first title successfully in cooperation with Bonus Stage Publishing.
Follow Couch in the Woods Interactive social media: Facebook, Twitter, Instagram, and YouTube.