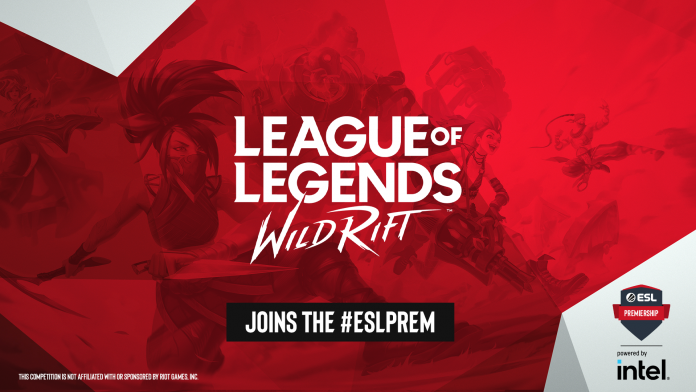 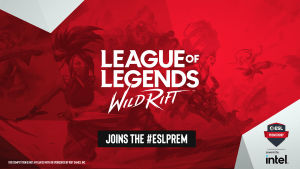 ESL Premiership, The UK and Ireland’s longest standing competitive series will operate a one-off League of Legends: Wild Rift tournament, the ESL Wild Rift Premiership. For the first time, teams from Nordic Regions will also be competing in the ESL Premiership alongside UK and Ireland participants. This event is marked as one of the region’s first Wild Rift competitions.
Featuring a £5,000 prize pool, the tournament will include open qualifiers, an eight-team round robin group stage and playoffs. This will all culminate in an online, remote play finals held on Saturday 19th and Sunday 20th June.
“It’s a historic moment to bring a mobile title to the ESL Premiership. Wild Rift is the perfect game to deliver this never seen before experience to the UK, Ireland and Nordics.” says Dan Ellis, Partnerships Director, ESL UK.
You can sign up now for the Open Qualifiers by visiting ?esl.im/WildRiftQual1 and esl.im/WildRiftQual2?, which will start at ?12:00 GMT on Saturday 3rd April and Sunday 4th April respectively. Broadcast coverage starts on Tuesday 20th April, don’t miss a moment by tuning into ?ESL_LOL?.
Get yourself Premiership ready by downloading ?League of Legends: Wild Rift on your mobile device. To stay up to date with the latest patch notes, release and news, follow ?League of Legends: Wild Rift // UK, Ireland and Nordics? on Twitter. 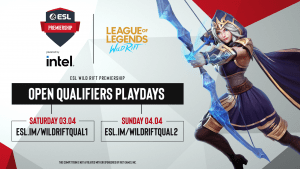 About ESL Gaming:
ESL Gaming is the world’s largest esports and gaming lifestyle company. Since 1994, the company has been shaping the industry and leading esports and gaming innovation on a global scale across the most popular video games with numerous online and offline esports competitions, and through premier gaming lifestyle festivals. The company operates high-profile, branded international leagues and tournaments under the ESL Pro Tour, including ESL One, Intel® Extreme Masters, DreamHack Masters, ESL Pro League, and other preeminent, stadium-size tournaments. ESL Gaming also produces and hosts DreamHack Open tournaments, ESL National Championships, grassroots amateur cups, matchmaking systems, and DreamHack’s gaming lifestyle festivals — which feature everything gaming under one roof. ?ESL Gaming is part of MTG, the leading international digital entertainment group. More information is available at? ?about.eslgaming.com?.
About Riot Games:
Riot Games? was founded in 2006 to develop, publish, and support the most player-focused games in the world. In 2009, Riot released its debut title, ?League of Legends?, to worldwide acclaim. ?League? has gone on to be the most-played PC game in the world and a key driver of the explosive growth of esports.
As ?League? enters its second decade, Riot continues to evolve the game while delivering new experiences to players with?Teamfight Tactics,? ??Legends of Runeterra?, ?VALORANT?, ?League of Legends: Wild Rift?, ?and multiple work-in-progress titles. Riot is also expanding the world of Runeterra through multimedia projects across music, comic books, board games, and the upcoming animated series ?Arcane?.
Founded by Brandon Beck and Marc Merrill, and led by CEO Nicolo Laurent, Riot is headquartered in Los Angeles, California, and has 3,000+ Rioters in 20+ offices worldwide.