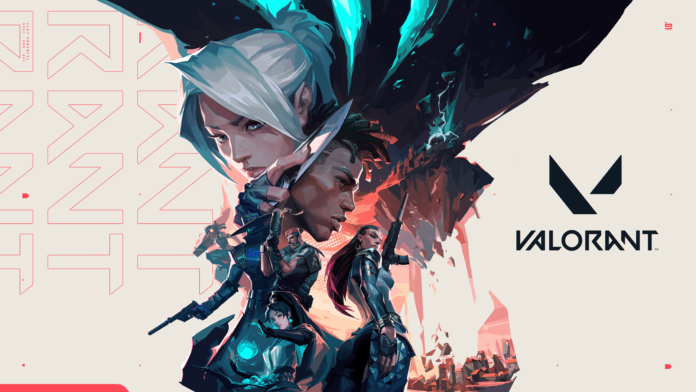 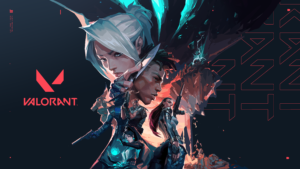 RIOT GAMES’ TACTICAL SHOOTER VALORANT™ WRAPS ITS MASSIVELY SUCCESSFUL CLOSED BETA, TURNING EYES TO WORLDWIDE LAUNCH 2ND JUNE
The Free-to-Play PC Shooter Racks Up Over 470 Million Hours-Watched and Nearly 3 Million Daily Average Players During Record-Breaking Closed Beta
Video game developer and publisher Riot Games today announced updated figures from the recently ended closed beta period of first-person PC game, VALORANT, officially launching worldwide on 2nd June. Over the course of the game’s two-month beta testing period, an average of nearly 3 million players logged on each day to play VALORANT. Fans who were unable to secure access to the much sought-after closed beta demonstrated their enthusiasm for the stylish tac-shooter by watching a total of more than 470 million hours of VALORANT streams on Twitch, the world’s leading service and community for multiplayer entertainment, and Korean video-streaming service AfreecaTV.
After its closed beta went live on 7th April,  VALORANT quickly established itself as a fan-favorite among the global first-person shooter community, making history on day-one by breaking Twitch viewership records with 34 million hours-watched in a single day. VALORANT’s Closed Beta also surpassed a total of 1.7 million peak concurrent viewers, a record second only to Riot Games’ 2019 League of Legends World Championship Finals. Despite unexpected global deployment challenges imposed by the COVID-19 pandemic, Riot Games delivered on  its commitment to VALORANT’s growing global community by prioritising the on-going closed beta rollout to regions around the world, including: Brazil, Europe, Korea, Latin America, North America, Russia, and Turkey.
“We’re blown away by the level of enthusiasm, passion, and support we’re seeing from the VALORANT community in these last days before launch,” said Anna Donlon, Executive Producer of VALORANT at Riot Games. “Our hope as a team was that our years of effort and focus would earn us the trust and respect of the tac-shooter community, and we cannot wait to kick things off and get started on June 2!”
VALORANT will launch on 2nd June 2020 to most regions worldwide as a free-to-play game of precise skill, high stakes, lethal gameplay, and clutch moments. VALORANT pits two teams of five players against each other to win a round-based, attackers vs defenders, best-of-24-rounds gunfight. Ensuring high-fidelity gameplay and maintaining competitive integrity matter most in VALORANT, so Riot Games invested in an unprecedented, best-in-class technical back-end to support the game, including: dedicated 128-tick servers for all global players, for free; a custom-built netcode in pursuit of precise hit registration; server authoritative game architecture and proprietary anti-cheat prevention and detection from day one.
For additional details about VALORANT visit www.PlayVALORANT.com.
About VALORANT:
VALORANT is a competitive 5v5 character-based tactical shooter for the PC, currently in development at Riot Games. Launching around the globe in most regions on June 2, 2020, VALORANT is a precise and lethal multiplayer game with high-fidelity gunplay, a diverse arsenal of guns, agents with unique abilities, and competitively tuned maps for thousands of hours of play.
VALORANT is a free-to-play game and optimized to perform on a wide variety of PC hardware, allowing for a global audience to compete. Demonstrated by the game’s best-in-class game server quality, global infrastructure, and proprietary anti-cheat technology, Riot Games is committed to preserving the core tenets of the tactical shooter genre and upholding the competitive integrity of the gameplay experience.
About Riot Games:
Riot Games was founded in 2006 to develop, publish, and support the most player-focused games in the world. In 2009, Riot released its debut title, League of Legends, to worldwide acclaim. League has gone on to be the most-played PC game in the world and a key driver of the explosive growth of esports.
As League enters its second decade, Riot continues to evolve the game while delivering new experiences to players with VALORANT, Legends of Runeterra, Teamfight Tactics, League of Legends: Wild Rift, and multiple work-in-progress titles, while exploring the world of Runeterra through multimedia projects across music, comic books, TV, and more.
Founded by Brandon Beck and Marc Merrill, Riot is headquartered in Los Angeles, California, and has 2,500+ Rioters in 20+ offices worldwide.

Enter the ‘Valleys of Ice Hearts’ in Aura Kingdom