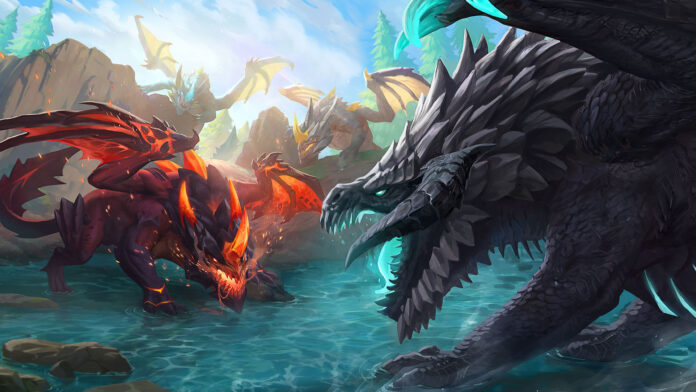 Before we dive head first into your feedback, some of our findings, and what you can expect from future iterations, we wanted to take some time to talk about what our goals are with this update. Elemental Rift is an iconic gameplay update from League PC, and we want to make sure we bring the right elements over to Wild Rift that fit your needs.

Wild Rift games are faster-paced compared to League PC and when adding a whole new Dragon system in, it was important to us to make sure that we can find the sweet spot of back and forth gameplay without increasing game time. We don’t want you to feel rushed in the early game, or that the power of Dragon’s comes online too late to be feelable. We also want some breathing room in-between Baron and Dragon fights for you to make your own plays. Whether that be pushing a sidelane, setting up a death bush play, or just re-grouping with your teammates, we want to make sure you have room to make plays outside of objectives.

Back in March, when we launched our first version of Elemental Rift, we were keeping an eye out to see if we were achieving those goals and also listening to all your feedback to see what felt good and what didn’t.

We saw what Elemental Rift looked like when the team who slayed their third Dragon received the Dragon Soul in our first test. This felt a bit slow. This version also had the initial spawn for Dragon and Rift Herald at 5 minutes rather than 4. And many of you really enjoyed this change! We liked how this increased the laning phase and gave you more time to shine as an individual. It also provided a bit more breathing room and allowed there to be opportunities to use ultimates before the first big team fight. 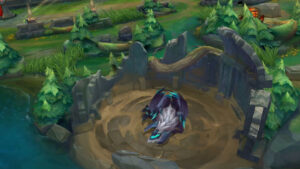 Many of you told us that the terrain changing on the second Dragon’s death felt a bit too late. And we agree. The terrain changes are the most iconic part of Elemental Rift, and we want to make sure that these Rift changes happen early enough for players to capitalize on the new and unique opportunities these terrain changes provide. We haven’t locked in a specific timing when the terrain change will happen, but you can expect to see more of the map changing after thefirst dragon is slain, like in our second test. This may change based on your feedback, but for now we want to try this timing out some more.

The Dragon Soul is a powerful buff that can sway the course of the entire game for whichever team is able to snag it. So it’s important that the soul becomes available at the right time in a game, there’s a sweet spot to hit here. We want to make sure that the soul feels earned and doesn’t increase the snowballing of the game too early when a team claims this powerful buff. A lot of our changes from the first two versions you played during the 3.1 patch cycle, as well as the next versions coming in our Time & Tide update, have been focused on trying to strike that balance.In our first test, the first team to slay three Dragons was able to snag a powerful Dragon Soul buff. This version ensured that it felt earned when a team claimed the soul. But if both teams were able to take at least one Dragon then the Soul was probably coming online too late, and in many cases you didn’t see a Soul at all. Overall, we found that during this version Dragon Soul felt more like a mechanic for closing out a long game, rather than something you were building towards. To try and bring Dragon Soul into the mid-late game, we adjusted our second test to have Dragon Soul granted to the team that slayed two Dragons first. We noticed that in this version Dragon Soul would pop up a lot more, but we ran into a new problem. There was a lot of pressure around securing the second dragon. As we mentioned earlier, one of our main goals with this gameplay update is to give a bit of breathing room between team fights, and increase one’s individual agency, something that is undermined when a powerful teamwide buff comes online too early. Overall, we really loved it when teams were able to get one Dragon each, but it still felt like Dragon Soul showing up after the second Dragon was slain, was still a bit too early.

We know how powerful Elder Dragon is, and we’re very likely to keep this as something you don’t see frequently. With its powerful buff, it functions as a great game ending, or comeback mechanic that shouldn’t show up too frequently. Keeping its appearance lower will also allow us to keep its power high, and feeling special. But, we’ll still be tuning the time for when this powerful beast will spawn, and keeping a close eye on it during these next iterations.

After the feedback we received and lots of testing, we’ve made some adjustments and we’ll be testing two more versions of Elemental Rift during our Time & Tide update. The goal of these two new iterations is to help us hit that sweet spot where Dragons feel earned and their power comes online at the appropriate time. The next iteration you’ll see starting on May 17 at 02:01 CET, in a limited game mode is one that streamlines the Dragon system. Each Elemental Dragon will grant a single buff that grows for each Dragon you slay. Our goal with this is to reduce the power of individual Dragons, while still letting it scale up for teams that manage to slay multiple dragons. Elder Dragon will also spawn at the 20 minute mark during this version. We will continue to test and refine Elemental Rift to fit our game, and will be making adjustments as needed. That’s all from us for now, we’re going back to hang out with our Dragon trainers, but we’ll be keeping a close eye on our scaled friends. We can’t wait to see what you all think, so please keep sending us your thoughts, VODs, and comments with us!