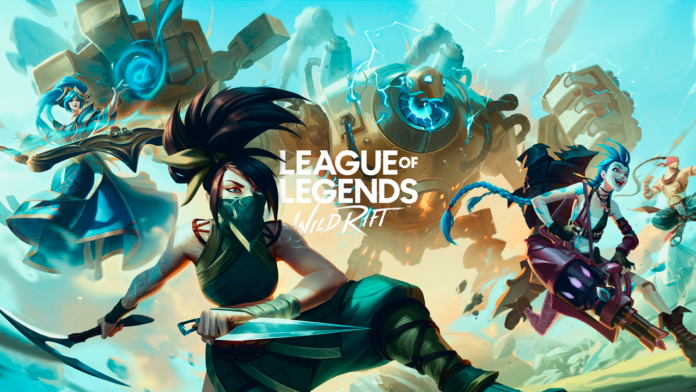 League of Legends: Wild Rift Patch 3.1b has arrived and brings with it a whole host of champion changes, item balancing, the return of Elemental Rift, and an adjustment to Scuttle Crab. We’re also setting sail and going on another adventure with our favorite poro friends, this time to Bligewater!

This will also be our last balance patch for 3.1, so we’ll see you back here on May 11 for Patch 3.2!
Reminder: content will be released throughout the patch.

Elemental Rift will be returning this patch in a limited game mode! As a reminder, we will be testing different versions of Elemental Rift before its release and what you play in this game mode might be very different from what comes in Patch 3.2. If this will be your first time playing Elemental Rift, read all about it in our previous patch notes!
This version won’t be dragn-drop from our first test, but it will look pretty similar, just with a few adjustments:
We loved hearing your feedback during our first test, so please let us know how this version feels as well! We’ll also be back in Patch 3.2 with a /dev that will go more in-depth about Elemental Rift.
Elemental Rift will be available to play from April 29 00:01 UTC to May 5 00:01 UTC
*Content availability varies by region

You can earn or purchase accessories from a bunch of different sources. Please check the relevant page in game for more information on how to get ‘em!

Icons: Captain of the Fluft
Emotes: Why?; What’d You Say?
All accessories will be released throughout the patch.

The Poro’s have hoisted their sails and are on their way to Bilgewater!
Join the Fluft! (Bilgewater) event begins April 29 at 00:01 UTC

Previously, we intended to reduce Blitzcrank’s armor since we were giving him more engage potential with his updated Overdrive. Despite being in the patch notes, these changes were unintentionally not included in 3.1. We’ve seen the performance of this speedy golem without the armor nerfs and we don’t think they are necessary, so we won’t be implementing them. We’ve shown below what his current base armor is.
Base Stats

Darius has been an overly dominant force in the Baron Lane and has been having too easy of a time accessing his Noxian Might. We want him to stay in the fight a little longer before he hits his five bleed stacks and starts dunking, so we’re cutting back on the Attack Speed this Noxian fighter gets as he levels.
Base Stats

Fiora’s ability to make safe trades with Lunge and shrug off damage with Riposte has been a source of frustration for her sparring partners. To combat some of those frustrations, we’re reducing the range on her Lunge while also increasing the power of her passive to compensate.
(P) Duelist’s Dance
(1) Lunge

Unfourtunately for other Junglers, since the significant buff to Jhin’s fourth shot damage, he’s become too good at securing and stealing objectives. So, we’re putting a cap on this damage so that it doesn’t outdamage Smite.
(P) Whisper

The new Stormrazor has created some interesting build paths for Kai’sa, but it hasn’t actually helped her win more games. We’re giving her damage some extra consistency to make sure she can really shine in those late-game teamfights.
(3) Supercharge

Lucian has been underperforming and his current build and playstyle centers around his auto-attacks rather than his abilities. So, we’re giving him a small buff targeted towards his more caster-y builds.
(1) Piercing Light

Despite our recent nerfs, Master Yi is still dominating the jungle. To tone down his ability to blaze through jungle camps and quickly burst down his foes during duels, we’re slashing some of the Attack Damage his Alpha Strike grants.
(1) Alpha Strike

Previously, we decreased the damage of Olaf’s Reckless Swing but did not adjust its cost properly. As the cost is intended to be 30% of the damage, we’re correcting that now.
(3) Reckless Swing

While Rakan shines in coordinated play, especially when paired with his other half Xayah, he’s underperforming for most players. We’re giving him a substantial boost to his mana so it’s less punishing to cast a few extra spells.
Base Stats

Sett is currently one of the most dominant fighter champions, so we’re dialing back some of his early-to-mid game power to put him more in line with other Baron Laners.
(P) Pit Grit
(1) Knuckle Down

We’ve been keeping a close eye on this cuddly cat and she’s still struggling to succeed. We’re giving her some more opportunities to use her passive and pounce on her foes.
(P) Bop ‘n’ Block
(1) Prowling Projectile

Banshee’s Veil fits well as a magic damage counter Ability Power item, but it’s still on the weak side. We’re bringing up the stats in order to make it a more enticing pick-up, even if the enemy team doesn’t have a lot of magic damage threats.
Stats

Hextech Megadrive’s active can create for some cool moments and plays for champions like Morgana and Alistar. Aside from the active, this item can grant champions a nice early-game power spike, but right now it’s not really hitting that mark. So, we’re reducing its cost so you can snag it earlier on.
Stats

Jaurim’s Fist currently builds into an array of items that are primarily geared towards aggressive play, so we’re updating its build path to benefit players who prefer a more aggressive start.
Combine Path

Compared to its counterpart, Serylda’s Grudge, Mortal Reminder is underperforming due to the more niche nature of its grievous wounds debuff. To make it the more clear damage option between the two items, we’re buffing up the Attack Damage it grants.
Stats

Black Cleaver and Divine Sunderer have been rising in popularity as early-game purchases, so we’re giving Trinity Force some more stats to help it compete.
Stats

Since the nerfs to Momentum, Youmuu’s Ghostblade hasn’t been performing as well as the other Serrated Dirk items. We’re adding some extra stats to lend this item a hand.
Stats

For most of Wild Rift’s lifetime the jungle meta has revolved around the Rift Scuttler and the immense payout securing one or both of these harmless creatures provides makes it a must clear camp for junglers early on. To reduce the overall value of securing these crabs, we’re reducing the experience they grant. This should allow junglers to focus on their own camps rather than just tunneling on this neutral objective.