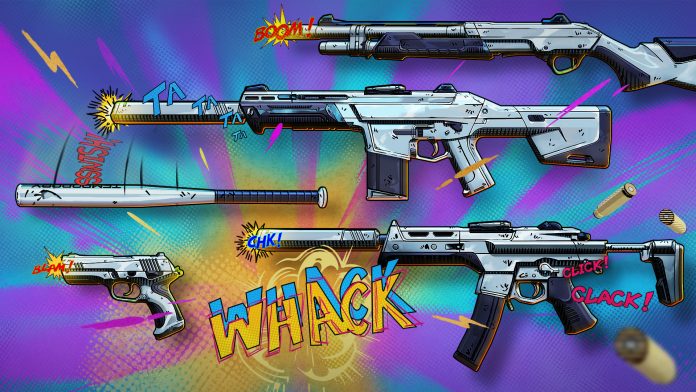 Riot Games today announced RiotX Arcane Pass and Rewards in VALORANT as part of the partnership to celebrate the launch of the forthcoming Arcane Netflix series.

The RiotX Arcane In-Game Rewards allows players to earn free exclusive in-game rewards during RiotX Arcane, themed after elements from the Arcane animated Netflix series. They can be earned in various ways including a Twitch Drop and missions starting from November 6th, 2021.

Riot Games also today announced the Radiant Crisis skinline. The skinline is inspired by comic books and offers an eye-catching visual design, onomatopoeia visual effects and a retro-style Finisher. The bundle is priced in the PE tier with the bundle at 7,100 VP and will be released later today.

The skinline will be available for the following weapons:

Adjustments to the Classic right-click and a few updates for Fracture are here to go along with the start of VALORANT Act III. Read those and more in Patch Notes 3.09: https://t.co/lx7KsLw3jl pic.twitter.com/3fhCLiSduj