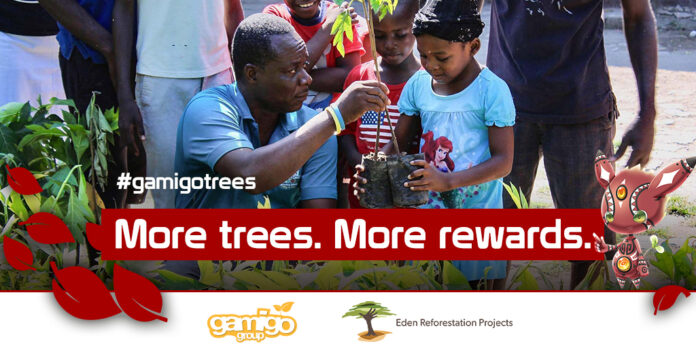 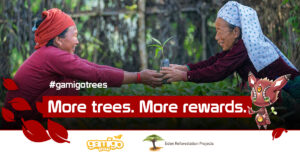 Due to the success of the cooperation, gamigo will extend their charity event with Eden Reforestation Projects until the end of January.

gamigo is thrilled to announce that it will be extending its partnership with the Eden Reforestation Projects. During the cooperation, its many gaming communities have been able to purchase specially created in-game packages filled with goodies. Thanks to everyone’s generosity, enough funds have been raised to plant over 67,000 trees so far. But why stop there? gamigo and its communities will keep up the momentum with Eden Projects to pledge even more trees in affected regions until January 30!

“Following the overwhelming success of our first cooperation with Eden, it’s incredible to see our players come together once again over Christmas and beyond. We’re honored to have a community that supports this charity by participating in the events, purchasing charity packages or just spreading awareness of Eden’s efforts. That’s why we decided to extend the event for another two weeks and show our support of the important work the people at Eden Projects are doing and that everyone can make a difference, no matter how small it might seem.” Says Jens Knauber, COO of gamigo.

Players can head to the special charity giving page to select their favorite gamigo title and then the package they wish to purchase. Packages at all price points will see trees planted. gamigo has also set up leaderboards showing how many trees each community has funded and how many players have taken part. Players might also want to participate in the various events organized in their favorite game or enter the charity raffle to win amazing prices, sponsored by Gigabyte, Roccat and Monster.

More information about gamigo and the charity project can be found on the official event website.

About Eden?
Eden Reforestation Projects are actively combating the climate crisis as they restore forest systems one tree at a time, alleviating the devastating effects of deforestation. And every tree planted serves to protect, provide, nurture and sustain all of life. But the work done by Eden Reforestation Projects also rebuilds communities. Fair wages and a commitment to skill-building and employment for women and single parents helps keep farmers from selling themselves or their families into slavery just to survive.