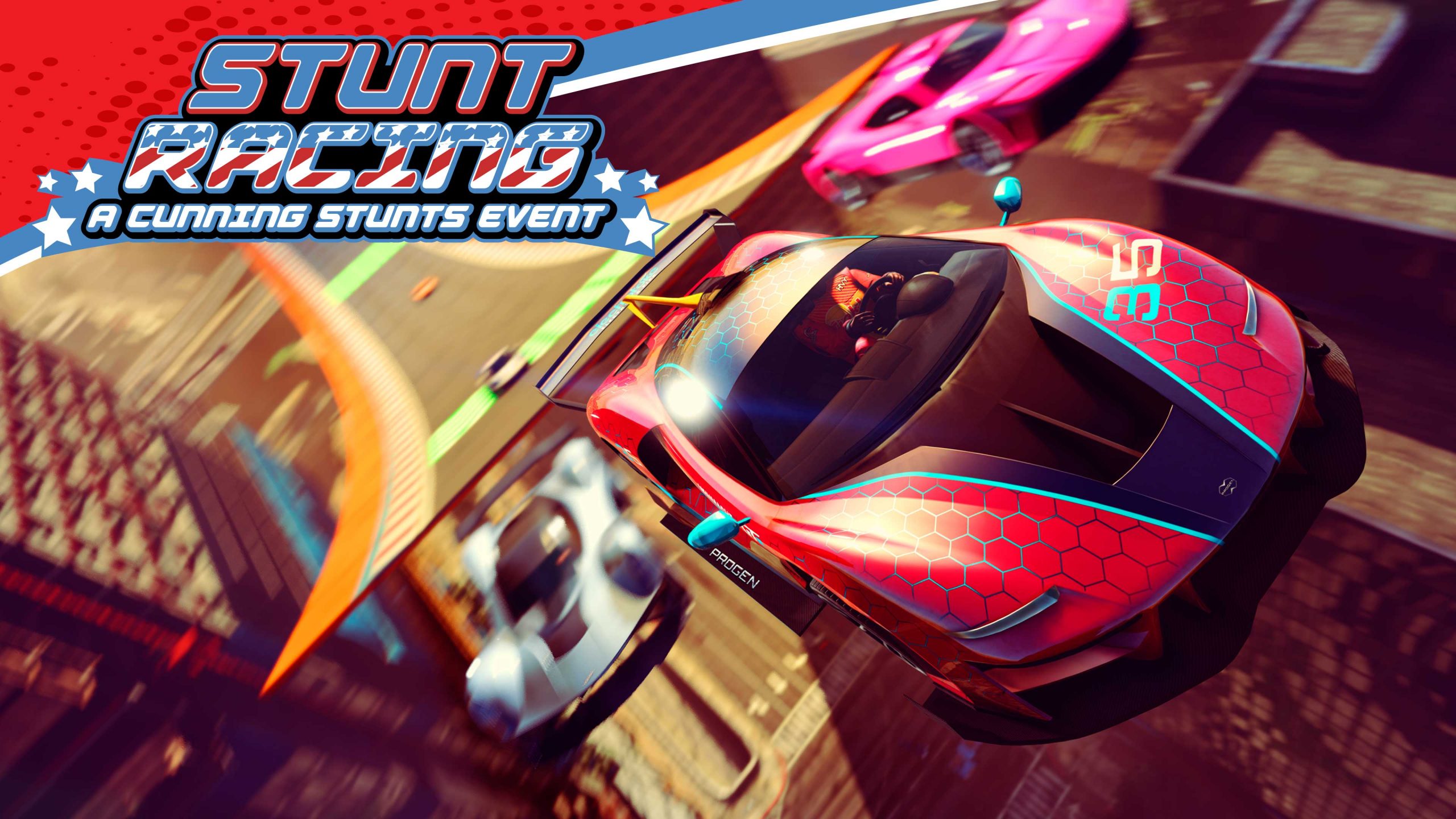 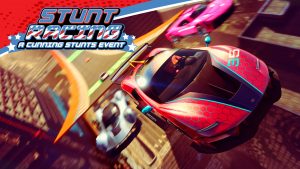 Get Triple Rewards All Week Long, a GTA$100K Bonus for Completing Any New Stunt Race, and More

Buckle up, strap in, and put your helmet on — there’s eight new Stunt Races making their way to GTA Online this week. Whether you prefer to be a part of a blur of tuned-up sports cars rocketing past on the freeway, motorbikes hurtling around the Palmer-Taylor Power Station at full tilt, or supercars pushing the physical envelope in gravity-defying courses, these brand-new tracks have a little bit of something for the adrenaline junkie lurking within all of us.

Experience the majesty of nature as it hurtles by your window in the kind of nauseating blur that’s sure to leave a smile on your face and your dinner on the dashboard. Stunt race for classic sports cars.

Does the crushing stress of the modern world leave you feeling like the walls are closing in? Prove once and for all that it’s not just in your head when your scalp gets violently sanded by the asphalt above. Claustrophobics need not apply. Stunt race for motorcycles.

Between the mayhem and carnage of a track packed with the kind of lunatics who take a swig of Terroil while filling up their tank, is there a better time to truly appreciate the structural integrity of the La Puerta Freeway? No. There’s not. Stunt race for sports cars.

Inspired by postmodern nonlinear French architecture, this is what you get when you feed your architect nothing but Deludamol and Blêuter’d then watch as he flatlines into the scale model. In other words, a work of genius, and one hell of a stunt race for muscle cars.

How much G-force is too much G-force, and wouldn’t you like to know first-hand? If you answered, “there’s no such thing” and “hell yeah” then you’re the ideal participant to run in this phase two clinical trial. You can rest assured the scientific findings will be greatly appreciated when they scoop you out the driver’s seat. Stunt race for supercars.

After an expensive lobbying campaign, the race organizers have managed to exempt this race from the yearly San Andreas road-fatality statistics. Because if you decide a big ass truck should take on aerobatics, you get what’s coming to you. Stunt race for off-road vehicles.

Smoke Up Your Asphalt

In an effort to distract the health and safety board from endemic violations, the Palmer-Taylor Power Station has agreed to host a tribute to the power and beauty of fossil fuels. The advice? Ride this race like it’s your last, because if the jumps don’t get you the noxious fumes will. Stunt race for motorcycles.

Clear your throat, loosen your tie, and inform the AGM that you will finish strategizing as you hit G-force. It’s time to take business outside. Is anyone taking notes? Stunt race for supercars.

Completing any new Stunt Race between now and June 2nd will net you a GTA$100,000 bonus and the Canis American Legend T-Shirt, both of which will be awarded within 72 hours after logging in on June 7th. And all Stunt Race competitors can expect a healthy payday in any new or classic Stunt Race — to the tune of 3X GTA$ and RP — all week long.

3X GTA$ and RP on Motor Wars Continues
As a monthlong celebration of chaos and carnage draws to a close, make sure to take part in the ultimate fight to the finish as Motor Wars continues to pay out 3X GTA$ and RP for the next seven days.

2X GTA$ and RP on Simeon Missions
Simeon Yetarian has been called many things, most of them unsavory, but one thing he is for sure is enterprising. If the mogul of Premium Deluxe Motorsport contacts you for help with a couple recoupments and repossessions, take him up on his offer — he’s paying out 2X GTA$ and RP to all takers on Missions and Premium Deluxe Repo Work.

This week, GTA Online rewards all players with a free Wine Coil Cap to help you signal to all your friends that your carbon footprint a fraction of your neighbor’s.

And in acknowledgement of those who go above and beyond to reach greatness, all players Rank 100 and above will receive the rare Hunting Camo livery with which to wrap up their Mammoth Avenger — for free (available within 72 hours of logging in after June 7th). Need to acquire an Avenger to enjoy this perk? You’re in luck as it is 35% off this week at Warstock Cache & Carry, as are its Weapons Workshop and Weaponized Vehicle Workshop upgrades.

Plus, light up the sky, or an unsuspecting populace —pick up a Firework Launcher and its ammunition in the off-season, free of charge until June 2nd.

On the Podium: The Truffade Nero Custom
Celebrate your latest victory by stopping by the lobby of The Diamond Casino & Resort and give the Lucky Wheel a spin to walk away with GTA$, RP, clothing, snacks, and all sorts of mystery prizes. This week’s top reward on the podium is the Truffade Nero Custom, a tweaked-out hypercar geared specifically toward the high-end tune-up crowd. Give it a test drive before swinging by Benny’s to see what this baby can really do.

Those thinking of taking things a little further underground can take 40% off the cost of all Facilities and their Upgrades and Modifications this week, not to mention the same discount applies to a range of top-of-the-line vehicles, both weaponized and not.

GTA Online players who successfully connect their Rockstar Games Social Club account with Prime Gaming will receive the Kosatka submarine’s Sonar Station for free, along with GTA$200K just for playing any time this week.

In addition, Prime Gaming members receive exclusive discounts, including 60% off the Maxwell Vagrant buggy, 80% off both the Karin Sultan Classic sedan and the hulking Mammoth Patriot Stretch limousine.