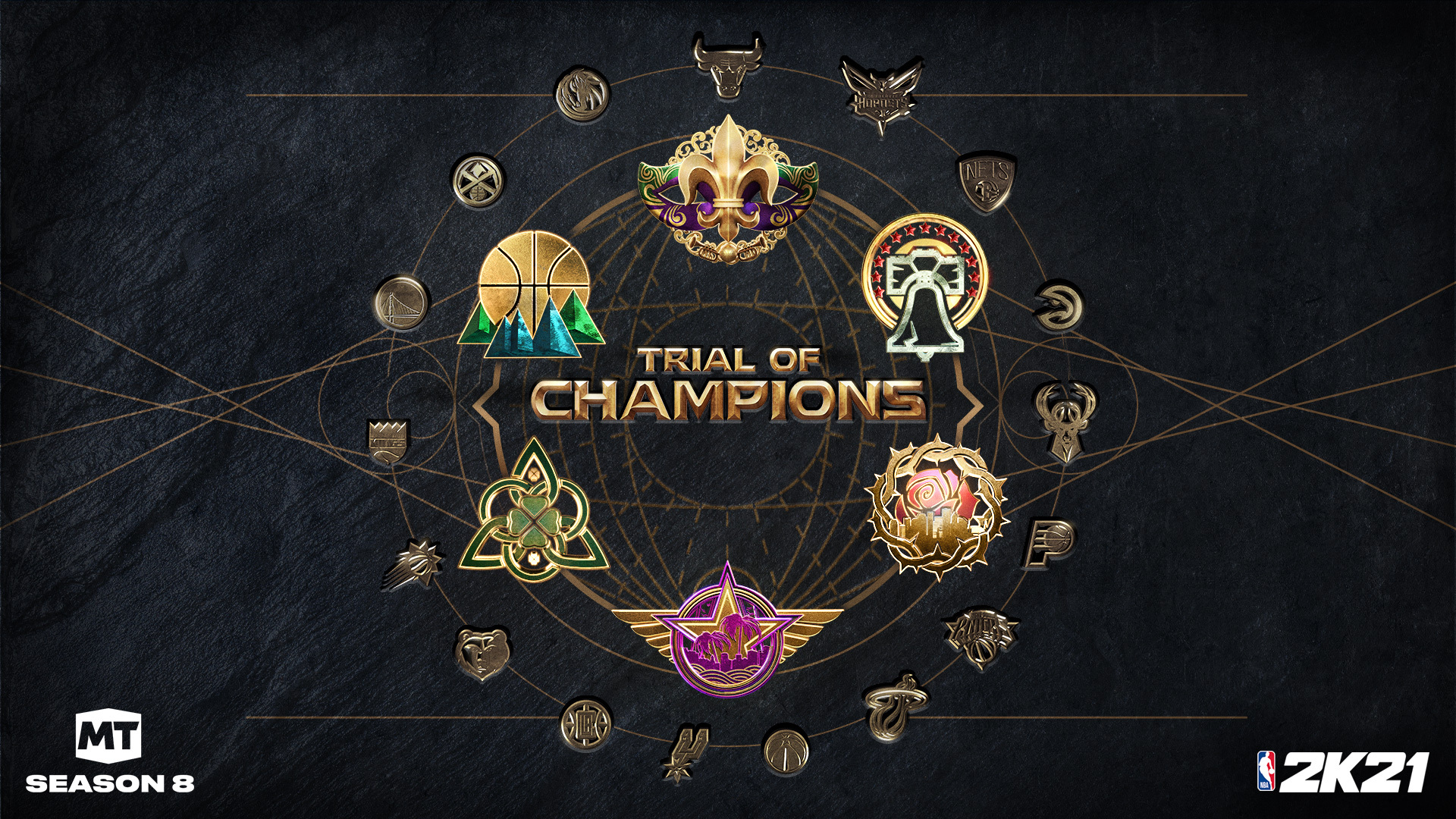 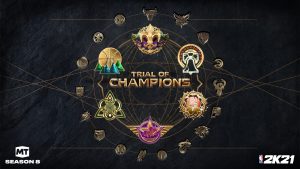 Please see the courtside report below, discussing all of the new cards, rewards and challenges coming with the new season, which starts Friday June 4th!

If you would like to learn more about NBA 2K21 MyTEAM head here, and if you want a recap of past seasons head here.

There is a battle ongoing in the NBA. Our favorite players are forging their legacy as the NBA Playoffs move us towards the NBA Finals. In Season 8 of MyTEAM, we are taking the Trial of Champions to the virtual hardwood.

Featuring 6 challengers, we’ve chosen current NBA stars to compete in our Game of Rings to tip-off this Season. Who are you going to choose to represent with your MyTEAM lineup? Ben Simmons is poised to make a deep run in the East, while Anthony Davis, Damian Lillard, and Donovan Mitchell are staking their claims in the West. With Jayson Tatum and Zion Williamson already preparing for next year’s campaigns, YOU can choose which of these 6 NBA stars wins our Game of Rings.

At Level 1 this season, every player will add these 6 beautiful cards to their collection featuring these challengers. This battle is all about decimating your opponents by filling up the stat sheet. Compete in Triple Threat with your favorite player through June 14th. Out of these 6 challengers, the top scoring players during this period will earn the entire community a guaranteed player locker code, which will include Galaxy Opals and a Dark Matter player.

Keep an eye on our official Twitter, @NBA2K_MyTEAM, for daily updates on the Game of Rings. 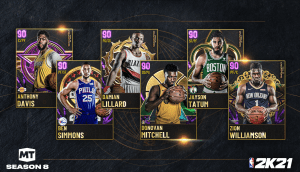 As always, the Level 1 reward is just the starting point, as this Trial of Champions will again have you complete Agendas to earn XP on your path to Level 40. At the top of the XP path this Season is Invincible Dark Matter Luka Doncic! The young All-Star has made quite the postseason impression against the Clippers and now he can make quite the impression against your opponents in Unlimited after completing your Trial of Champions!

With Season 8’s Signature Challenge, you will recreate a pivotal moment in Kevin Durant’s run towards his first NBA Championship! KD hand-picked his clutch three against the Cavaliers in the 2017 NBA Finals for you to recreate in MyTEAM! If you need a Durant card, use the locker code KD-MyTEAM-SIG-CHALLENGE for a Free Agent version eligible for this challenge. Match his 31 points and 4 threes to earn yourself a Hall of Fame badge and a Diamond Shoe to improve your lineup!

Now, let’s do the annual rundown of all the Dark Matter Reward Players you can earn this Season! Starting in Triple Threat, Celtics big man Robert Parish is waiting for you at the new high threshold of 1,750 wins, with Tom Van Arsdale in the Vault. Tom’s twin, Dick Van Arsdale, is available after Tier 3 wins in Triple Threat Online, making for an All-Star Dynamic Duo! Go 12-0 in the Unlimited Galaxy Opal tier for Drazen Petrovic, while Horace Grant can be found in Ascension, and Exchange players for Willis Reed, or find “The Iceman” George Gervin (limited to 1,000 redemptions) in the Reward Market!

We do have one more Invincible Reward Player to announce, Invincible Moses Malone for earning 6 Rings in Limited! Plus, Luka isn’t the only Dark Matter available from Agendas this season, at Level 33, you will add Bob McAdoo to your collection…. Now there is still more to be revealed when it comes to this Season’s Agendas and their rewards. This six-week Season is primed to provide more rewards, premium cards, events, and MORE than any previous Season!

Starting with the Hawk’s young superstar, Trae Young. Trae has made quite the impression against the Knicks, and you can add him to your collection by playing MyTEAM every day for the first week of the Season! And we will be following him up with a new Dark Matter as 7-day login rewards all Season long.

So we’re tipping off with Game of Rings, dropping Dark Matter rewards in all modes AND as login rewards… with a six week season that goes deep into July, what is next? We need to keep a few details close to the vest, but we have a few more surprises for the rest of this season that we can not wait to get out to you, including the entire IDOLS Series III collection! Let’s just say, we tried a few new things that MyTEAM players enjoyed in Full Throttle that will return in Trial of Champions. For now, compete in the Game of Rings, earn that Level 40 Luka Doncic (and trust me, you’re going to want to get him ASAP this Season… stay tuned for more info on that), and prepare to enter the Trial of Champions in MyTEAM Season 8! 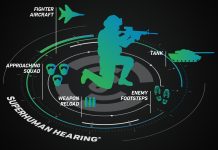 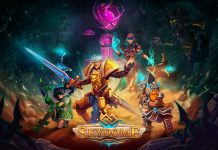 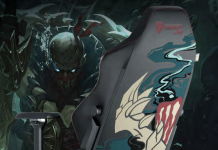 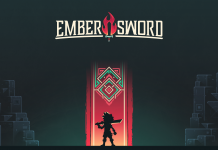 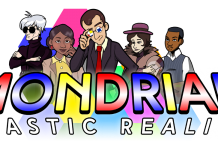