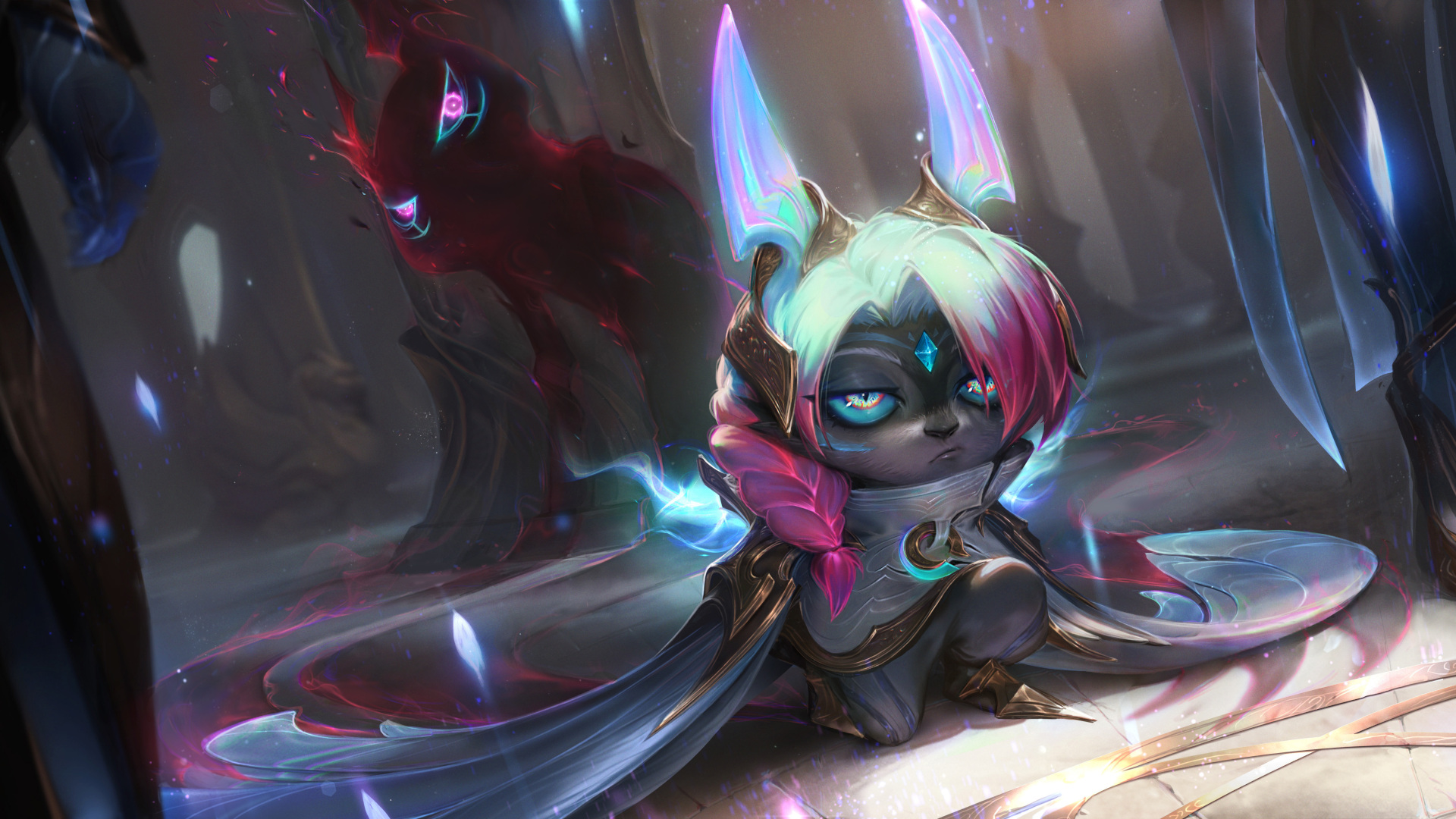 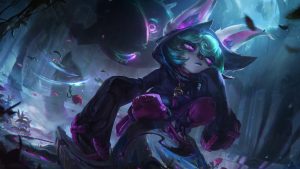 First revealed during the recent Sentinels of Light event, Vex, the Gloomist, makes her debut in League of Legends this month. Vex is League’s first new Yordle since 2016, and is a mid-lane mage who hates sunshine, happiness, and champions who dash all over Summoner’s Rift.

Gloom – Whenever a nearby enemy dashes or blinks, they become marked with Gloom. Vex’s next basic attack against a marked enemy detonates the mark, dealing bonus damage and refunding part of Doom’s cooldown.

Vex launches a wave forward, dealing magic damage to enemies it passes through. After a short delay, the wave accelerates but has reduced width. Mistral Bolt detonates Gloom on any marked enemies it hits.

Vex gains a shield and emits a shockwave, dealing magic damage to enemies around her. Personal Space detonates Gloom on any marked enemies it hits.

Shadow flies to a location, increasing in size as it travels. On arriving, Shadow deals magic damage, slows, and marks enemies hit with Gloom.

Shadow flies forward, marking and dealing magic damage to the first enemy champion hit. Vex can then recast this ability to have Shadow pull her to the marked target, dealing additional magic damage.

If the marked target dies within a short time of taking damage from Shadow Surge, Vex can cast Shadow Surge again within a few seconds.

Vex will launch alongside her Dawnbringer Vex skin on September 23 during patch 11.19. 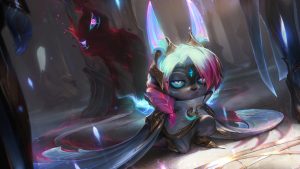 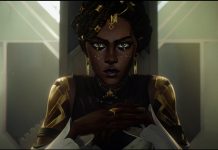