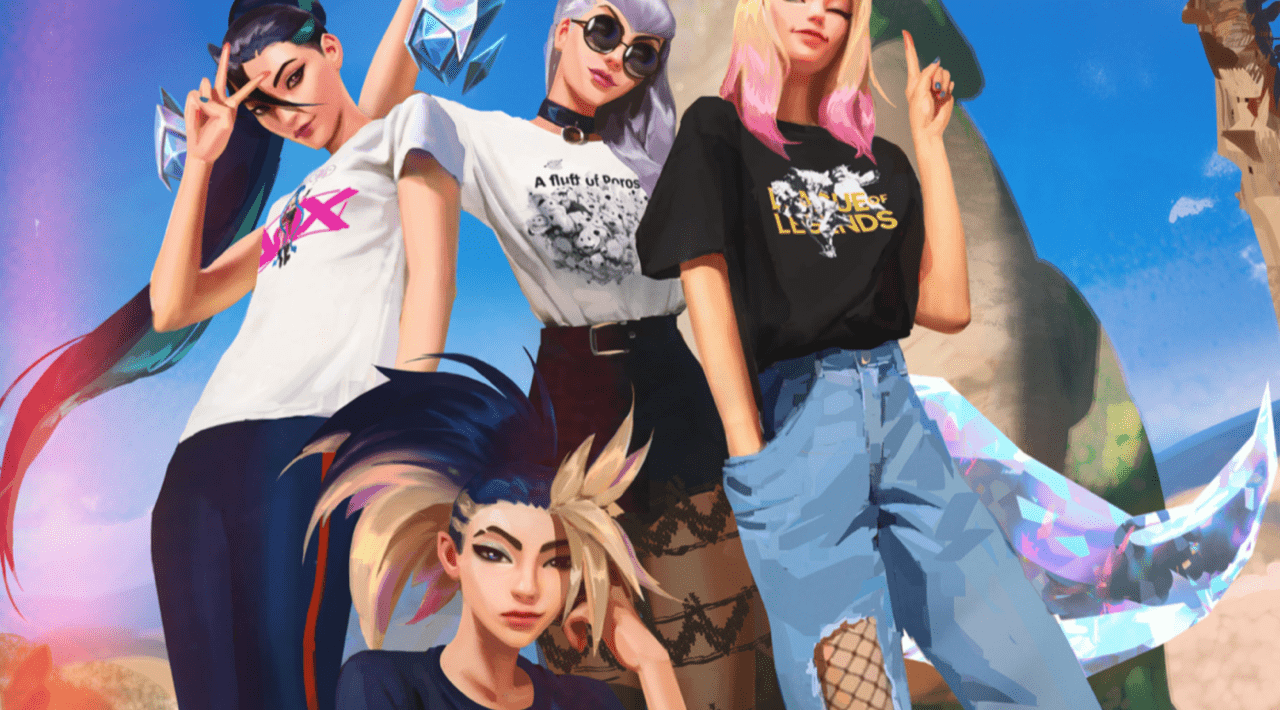 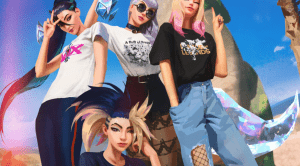 The previously announced collection marks the first collaboration between UNIQLO and Riot Games
UNIQLO and Riot Games launched their widely anticipated League of Legends UT (UNIQLO T-shirt) collection today in UNIQLO stores all around the world and online. The collaboration features six unique t-shirts with designs inspired by popular champions (characters) like Jinx, iconic in-game elements like Summoner’s Rift and poros, in addition to the world-famous girl group K/DA.
The t-shirts are priced at £12.90 each and available in sizes XXS-3XL. A launch video celebrating the release of the League of Legends UT collection can be viewed on UNIQLO’s website or YouTube channel.
Part of UNIQLO’s LifeWear concept, the UT collection features a wide range of pop culture icons from around the world. The graphics simply and directly convey the individuality and moods of its wearers. To date, the lineup has included collaborations with other globally recognized brands such as MARVEL, Disney, and more.
Since its launch in 2009, League of Legends has become one of the most popular PC games in the world and a leader in esports. It engages around 8 million peak concurrent players daily around the world and has become the inspiration for many multimedia projects across music, comic books, TV, and more. Its World Championship Finals, one of the world’s most prestigious and watched tournaments, was viewed online by an esports record-breaking 21.8 million Average Minute Audience (AMA) in 2020.
For more information, please visit @leagueoflegends on Twitter, Instagram, and Facebook.
About Riot Games
Riot Games was founded in 2006 to develop, publish, and support the most player-focused games in the world. In 2009, Riot released its debut title, League of Legends, to worldwide acclaim. League has gone on to be the most-played PC game in the world and a key driver of the explosive growth of esports. As League enters its second decade, Riot continues to evolve the game while delivering new experiences to players with Teamfight Tactics,Legends of Runeterra, VALORANT, League of Legends: Wild Rift, and multiple work-in-progress titles, while exploring the world of Runeterra through multimedia projects across music, comic books, TV, and more. Founded by Brandon Beck and Marc Merrill, Riot is headquartered in Los Angeles, California, and has 2,500+ Rioters in 20+ offices worldwide. Riot has been featured on numerous lists including Fortune’s “100 Best Companies to Work For,” “25 Best Companies to Work in Technology,” “100 Best Workplaces for Millennials,” and “50 Best Workplaces for Flexibility.”
About UNIQLO LifeWear
Apparel that comes from the Japanese values of simplicity, quality and longevity. Designed to be of the time and for the time, LifeWear is made with such modern elegance that it becomes the building blocks of each individual’s style. A perfect shirt that is always being made more perfect. The simplest design hiding the most thoughtful and modern details. The best in fit and fabric made to be affordable and accessible to all. LifeWear is clothing that is constantly being innovated, bringing more warmth, more lightness, better design, and better comfort to people’s lives.
About UNIQLO and Fast Retailing
UNIQLO is a brand of Fast Retailing Co., Ltd., a leading Japanese retail holding company with global headquarters in Tokyo, Japan. UNIQLO is the largest of eight brands in the Fast Retailing Group, the others being GU, Theory, Helmut Lang, PLST (Plus T), Comptoir des Cotonniers, Princesse tam.tam and J Brand. With global sales of approximately 2.01 trillion yen for the 2020 fiscal year ending August 31, 2020 (US $19.06 billion, calculated in yen using the end of August 2020 rate of $1 = 105.4 yen), Fast Retailing is one of the world’s largest apparel retail companies, and UNIQLO is Japan’s leading specialty retailer. UNIQLO continues to open large-scale stores in some of the world’s most important cities and locations, as part of its ongoing efforts to solidify its status as a global brand. Today the company has more than 2,200 stores in 25 markets including Japan. In alphabetical order, the other markets are Australia, Belgium, Canada, China, Denmark, France, Germany, Hong Kong, India, Indonesia, Italy, Malaysia, Netherlands, Philippines, Russia, Singapore, South Korea, Spain, Sweden, Taiwan, Thailand, U.K. U.S. and Vietnam. In addition, UNIQLO established a social business in Bangladesh together with the Grameen Bank in 2010, and today there are more than 15 Grameen-UNIQLO stores, mostly located in Dhaka. With a corporate statement committed to changing clothes, changing conventional wisdom and change the world, Fast Retailing is dedicated to creating great clothing with new and unique value to enrich the lives of people everywhere. For more information about UNIQLO and Fast Retailing, please visit www.uniqlo.com and www.fastretailing.com.