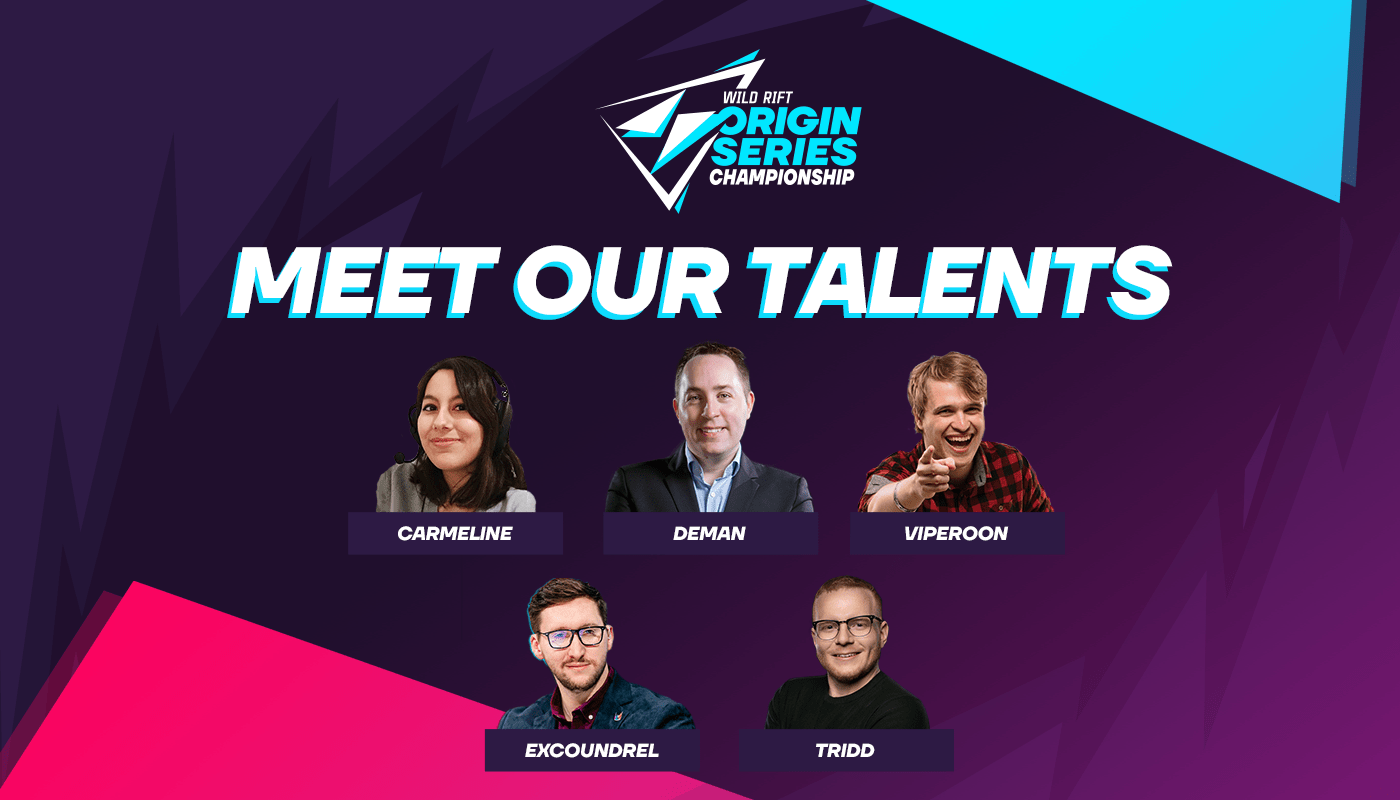 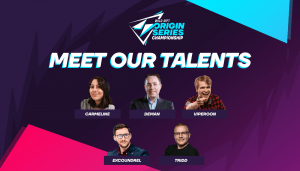 Later this week, some of the best Wild Rift summoners EMEA/MENA has to offer will battle it out in Stockholm for the chance to be crowned the Wild Rift: Origin Series champions, as well as taking home the lion’s share of €150,000. And for the world’s first live Wild Rift championship experience, this calls for some big name casting talent.

Today, Riot Games announces the talent lineup for the Wild Rift: Origin Series Championship, who will be bringing you every crucial moment live and direct from Sweden between September 24-26. Some you may already recognise from the explosive action the group stages provided over the summer months, as well as some fresh faces who will be shaking things up in the studio.

Without further ado, your casters for the Wild Rift: Origin Series Championship are:

Excoundrel is a veteran esports commentator having worked in the industry for over seven years. He qualified as a doctor in 2015, but has spent the best part of the last six years as a freelance esports commentator covering a wealth of high profile titles such as League of Legends, TFT, Vainglory and Autochess. Alongside his commentary, Excoundrel runs a successful YouTube channel all about Wild Rift, where he delivers educational guides and expert match breakdowns for the Wild Rift community.

Tridd has been commentating on esports since his university days. Making his first inroads in the university League of Legends scene, he rapidly expanded his wheelhouse and found a home in Overwatch. Tridd has covered high profile events such as the Overwatch World Cup and has an abundance of mobile esports experience having been an integral part of Brawl Stars and Clash Royale esports over the past four years. He got involved with Wild Rift through the ESL UK Premiership and has been passionate about the game since.

Leigh ‘Deman’ Smith
Deman is one of the most recognised names in MOBA casting history having commentated over iconic League of Legends moments such as the infamous ‘Xpeke backdoor’. He has been at the top of several worldwide esports including CS:GO, PUBG and of course League of Legends. As one of the most experienced and renowned commentators in Europe, he joined the Wild Rift team with a stark passion for the explosive nature of Wild Rift games.
Will ‘Viperoon’ Whittingham

Viperoon found his love for commentary during his work with LVP covering the UKLC during 2019. He quickly established himself as a core commentator for many of the League of Legends European Regional Leagues across the continent and featured regularly on the NLC Summer Split 2021. He recently debuted at the European Masters and continues to grow as one of the most exciting up-and-coming commentators in Europe.

European Regional Leagues such as the Baltic Masters and the NLC as well as featuring in high profile Esports events such as Esports Business Live. She has been a household name in many of Europe’s regional broadcasts and has now set her sights on the Wild Rift universe.

Here’s where you’ll be able to watch in your local languages: