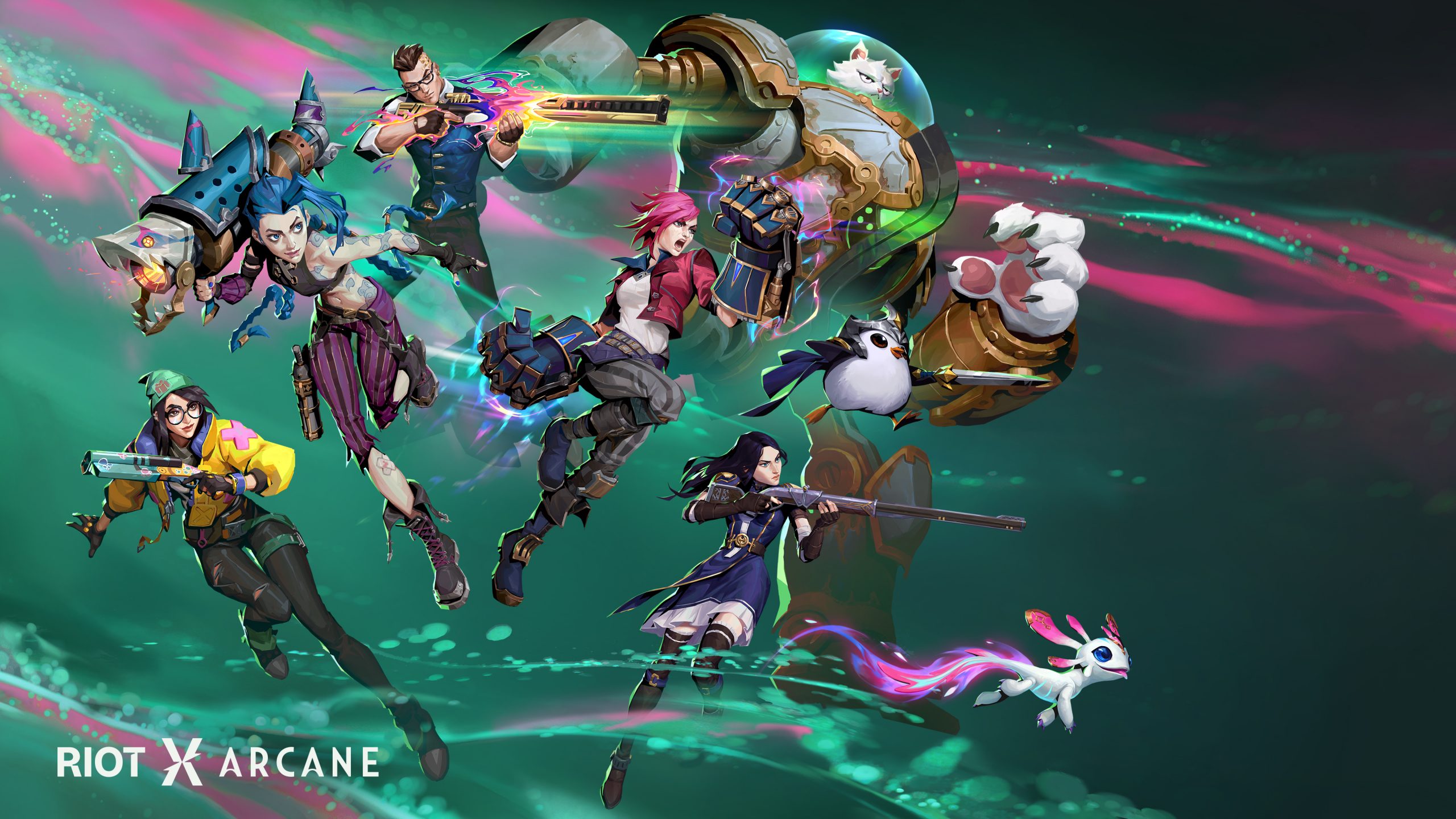 Facebook
Twitter
Pinterest
WhatsApp
Two Day Celebration Event Includes Live Broadcast Preview of Secret Cinema Experience Alongside Company’s First Ever Developer versus Community Players Gaming Tournament Open for Co-Streaming on all Platforms*
Today, game developer and publisher Riot Games unveiled the third and final phase of its RiotX Arcane event, Undercity Nights. Spanning November 14-20, the week leading to the Arcane season finale, players will see new game content across Riot’s portfolio along with community-focused competitions celebrating the Riot Games ecosystem.
Undercity Nights follows the Progress Days event, which occurred from November 7-13 and featured a slew of Arcane-inspired in-game updates and rewards along with a fun partnership that brought Arcane-themed cosmetics to Among Us’s first ever Cosmicube. Undercity Nights will cap off the month-long RiotX Arcane celebration with a focus on the company’s dedication to its communities and the spirit of competition. 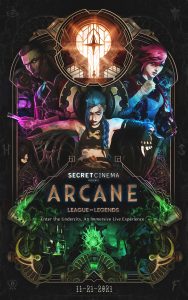 On November 19 and 20, fans and players across Riot’s global community are invited to celebrate the Arcane season finale via the Undercity Nights event being broadcasted live from Los Angeles. Physical and digital attendees will experience live entertainment, a charity tournament featuring prominent community members playing Riot’s games, and more. Arcane’s final three episodes will be available on Netflix globally and Tencent Video in China at 12:00 AM PT on November 20.
“Undercity Nights is a celebration of the community, competition, and games at the core of our IP,” said Sarah Schutz, Head of Riot Experience (XP). “We hope that players who have been with us since the beginning, and those just discovering us through Arcane, enjoy the finale and festivities.”
On November 19, Undercity Nights will debut a slice of Secret Cinema’s live experience, Arcane: Enter the Undercity. An original story set within the lead up to the Arcane finale, fans will be able to choose their undercity faction and challenge each other for control of the shimmer supply. The experience will be filled with twists and turns, puzzles, and unexpected encounters with characters from the show. With multiple endings based on who comes out on top (and how), a preview of the Secret Cinema experience will be broadcast on the first day of the two-day event, with tickets on-sale now from November 21 to December 19, 2021.
The event will also include the first-ever Riot Gauntlet, a two-day charity tournament across a number of Riot’s games with a prize pool of $100,000 to be donated to the winning teams’ charities of choice. Team captains will choose from a group of prominent community members from around the globe to team up and compete in a selection of Riot’s games, culminating in a finale match pitting the team captains against a team of Riot Games developers on November 20.
The following Arcane-inspired content and product features will also be going live across Riot’s games during Undercity Nights from November 14-20:
And the final drop of new earnable in-game rewards arrives in the World of RiotX Arcane, available to collect until November 30:
Fans tuning in digitally to the Undercity Nights broadcast on either date will have another opportunity to earn the following Twitch Drops, in-game rewards previously granted to people who watched the Premiere broadcast, on Twitch:
For more information on RiotX Arcane, please visit riotxarcane.com. For more information on Arcane, please visit arcane.com.
*Riot’s two day Undercity Nights event will be available for co-streaming on all platforms. That does not include Act 3 of Arcane, which is available exclusively on Netflix globally and Tencent Video in China.
About Riot Games
Riot Games was founded in 2006 to develop, publish, and support the most player-focused games in the world. In 2009, Riot released its debut title, League of Legends, to worldwide acclaim. League has gone on to be the most played PC game in the world and a key driver of the explosive growth of esports. As League enters its second decade, Riot continues to evolve the game while delivering new experiences to players with Teamfight Tactics, Legends of Runeterra, VALORANT, League of Legends: Wild Rift, and multiple work-in-progress titles, while exploring the world of Runeterra through multimedia projects across music, comic books, TV, and more. Riot has also launched a publishing group, Riot Forge, to collaborate with third-party developers on additional games set in the League universe. Founded by Brandon Beck and Marc Merrill and led by CEO Nicolo Laurent, Riot is headquartered in Los Angeles, California, and has 3,000 Rioters in 20+ offices worldwide. Follow Riot Games on social media at @riotgames.
About Arcane League of Legends
Netflix and Riot Games bring the global phenomenon League of Legends franchise to television with the animated event series Arcane. The series will also be available on Tencent Video in China and marks Riot Games’ first series for television. Set in Riot’s globally popular League of Legends IP, Arcane is an animated series developed and produced by Riot Games in partnership with Fortiche Productions. Follow Arcane on social media at @arcaneshow.