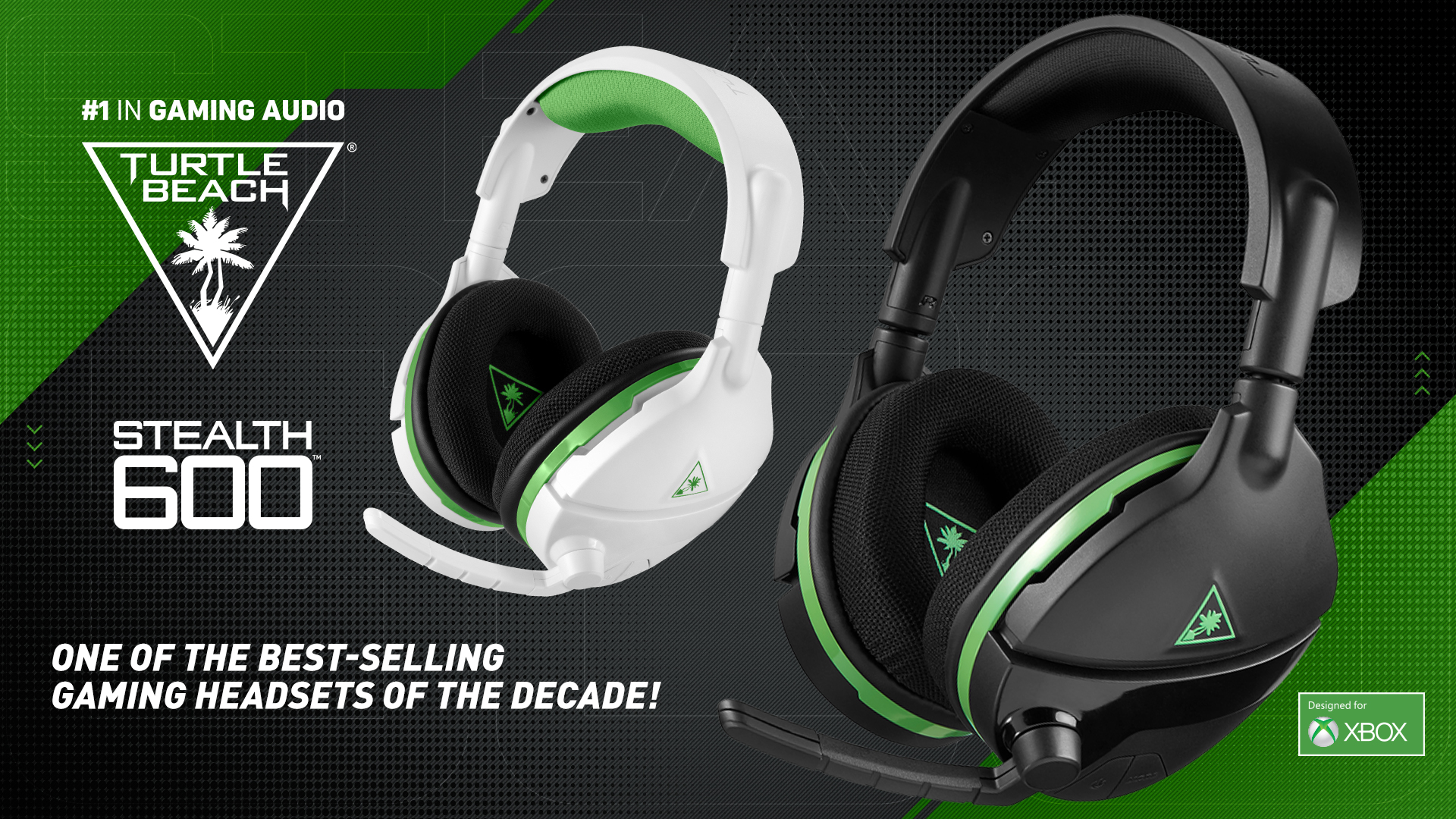 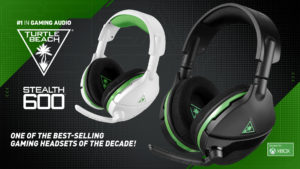 TURTLE BEACH CELEBRATES 10 YEARS AS THE TOP CONSOLE GAMING HEADSET MAKER
NPD Data from 2010-2019 Shows Turtle Beach sold the Most Headsets in Terms of Both Revenue and Units
Leading gaming audio and accessory brand Turtle Beach (NASDAQ: HEAR) announced it has been the top console gaming headset maker for 10 years running. Final NPD revenue data from 2019, combined with NPD monthly revenue data since January 2010 shows Turtle Beach has now sold over 34 million console gaming headsets in the United States and Canada, placing it atop the lists for both the number of units sold and the total revenue generated over the decade. This historic milestone once again demonstrates the strength of the brand and shows that Turtle Beach is console gamers’ #1 headset choice on Xbox, PlayStation, and Nintendo. “We are truly honored to be the #1 headset choice of console gamers year after year,” said Juergen Stark, Chairman and CEO, Turtle Beach. “We are passionately focused on creating the best headsets and accessories for every level of gamer, and with ROCCAT now part of the team, we’re going to bring this same ethos to PC gamers as we continue to develop new products and grow the business.” NPD revenue sales data for the decade shows that 3 of the 5 top headsets – including the #1 selling headset – were from Turtle Beach, making the brand a leader in console gaming headsets. NPD sales data for 2019 also shows Turtle Beach achieved a 40%+ revenue share for the 10th consecutive year. This consistently places Turtle Beach at a market share level higher than the next four competitors combined. Turtle Beach has long been a pioneer in gaming audio, designing products with the key features gamers want and delivering them to the market first. Beyond creating the first-ever console gaming headset, as well as the first wireless and surround sound gaming headsets prior to 2010, the past decade has seen Turtle Beach’s constant drive for innovation yield more breakthroughs in gaming headset design and functionality. For example, Turtle Beach’s Stealth 600 and Stealth 700 for Xbox One were the first gaming headsets to wirelessly connect directly to the console, easing Xbox gamers’ ability to simply sit down, connect, and start playing. Turtle Beach’s original Elite Pro headset was the first true esports headset built from the ground up for competitive gamers, and introduced a handful of new (at the time) features, including Turtle Beach’s patented ProSpecs™ glasses-friendly design to make gamers with glasses more comfortable, plus cooling gel-infused memory foam ear cushions to keep players’ ears cool when the action heats up. With new, more powerful consoles on the horizon and a resurgence in PC gaming, Turtle Beach is already developing the next wave of high-quality, innovative console and PC gaming headsets and other accessories sure to help gamers play their best. For additional information on the latest Turtle Beach products and accessories, visit www.turtlebeach.com and be sure to follow Turtle Beach on Facebook, Twitter and Instagram.
About Turtle Beach CorporationTurtle Beach (www.turtlebeach.com) is a leading gaming audio and accessory brand offering a wide selection of cutting-edge, award-winning gaming headsets. Whether you’re a professional esports athlete, hardcore gamer, casual player, or just starting out, Turtle Beach has the gaming headset to help you truly master your skills. Innovative and advanced technology, amazing high-quality gaming audio, crystal-clear communication, lightweight and comfortable designs, and ease-of-use are just a few features that make Turtle Beach a fan-favorite brand for gamers the world over. Designed for Xbox, PlayStation®, and Nintendo consoles as well as for PC, Mac®, and mobile/tablet devices, owning a Turtle Beach gaming headset gives you the competitive advantage. Hear Everything. Defeat Everyone®. In 2019 Turtle Beach acquired ROCCAT, a leading PC accessories maker that combines detail-loving German innovation with a genuine passion for designing the best PC gaming products. Turtle Beach’s shares are traded on the Nasdaq Exchange under the symbol: HEAR.